ANOTHER Extension in the Works: Chris Sale and the Red Sox Reportedly Close to a Deal (UPDATES) Skip to content 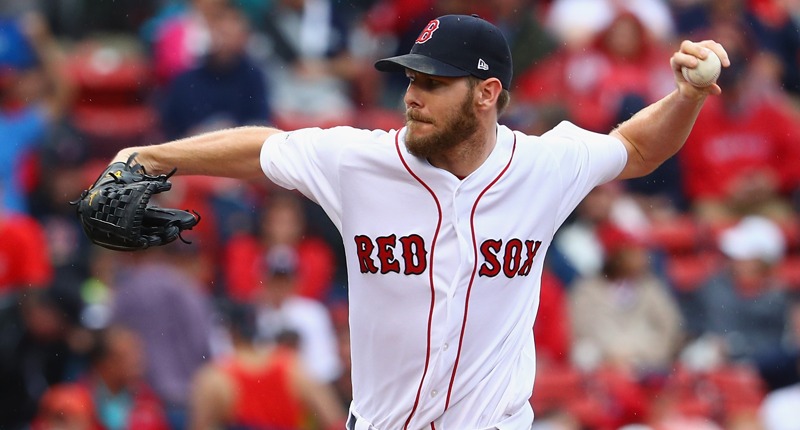 And you can add Red Sox ace Chris Sale to the list.

Ace Chris Sale and the Boston Red Sox are working toward a long-term contract extension, league sources tell ESPN. Deal isn’t done but is trending that way, and the expectation is that it will get finished. @alexspeier first said it’s getting close.

According to the Boston Globe, “Chris Sale and the Red Sox are nearing an agreement on a contract extension that will keep the star lefthander in Boston for years to come, according to Major League sources.” As MLB Trade Rumors points out, this deal, if completed, will be the 17th contract extension signed this offseason. It’ll also be the sixth by a would-be free agent and the fifth worth more than $100M (if that’s, indeed, where it ends up). We don’t have financial details yet, but I’m sure they’ll trickle out shortly, and we’ll update when they become available.

In the meantime, you’ll note that Sale, 29, was slated to be a free agent at the end of this season, when his 7-year/$57.5M deal with the Red Sox (originally signed with the White Sox back in 2013) was set to expire. But now, he’ll likely stick with the Red Sox for the rest of his career.

It is becoming ever more clear that players have absolutely no interest in testing free agency right now, with so much uncertainty surrounding the next CBA. Obviously, a lot can still change, but that’s not exactly great news for a Cubs team that just took the offseason off (justifiably or not). At the same time, the Cubs have a great number of extension candidates, themselves, including two starts, Anthony Rizzo and Kris Bryant, who’ve indicated a desire to stay put for the rest of their careers.

UPDATE: If Jeff Passan is right, this could be a pretty solid extension for the Red Sox:

Chris Sale’s deal, if completed, is likely to be in the five-year, $150 million range, league sources tell ESPN.

Obviously, paying a pitcher $30M a year for five post-age-30 years is always going to be a risk, but Sale has posted five consecutive 5+fWAR seasons. And his two years before that? 4.9 fWAR and 4.8 fWAR. Sale did hit the DL last season with some shoulder inflammation, but he also pitched at the end of the regular season healthy and tossed 15.1 innings in the playoffs, including twice in the World Series.

Given that Patrick Corbin, same age, got $140M over six years without nearly as good of a track record, this feels like the right call for the Red Sox. And obviously, this also means they feel really good internally about his health going forward.