Old Friend Jason Hammel Makes the Rangers ... and Then Retires Skip to content 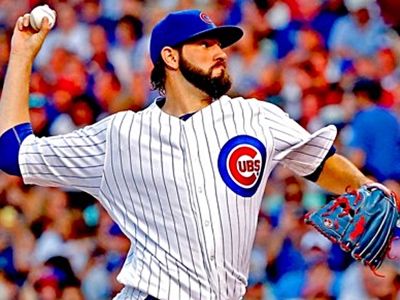 Since departing the Cubs (the second time), it was an ugly couple years for Jason Hammel. The now 36-year-old righty put up back-to-back 5+ ERA seasons for the Royals, and then had to try to win a job with the Rangers this Spring via a minor league deal.

But the thing is, he did it! Just yesterday, the Rangers revealed that Hammel had made the team!

Plot twist: When told he made the Rangers' roster, Jason Hammel instead retired. Why he did it and how this impacts the pitching staff: https://t.co/yohNirY0vm

Hammel decided he needed to go and be with his family, something you could tell was weighing on his mind this spring. After 16 years as a pro, it sounds like family just took precedence.

It seems Hammel was on the fence the whole time about continuing his career, and something about looking ahead to the season must have finalized for him that it was time to hang ’em up. (I would make a joke about the Rangers not likely being in playoff contention this year, but maybe that actually was a factor.)

Congrats to Hammel on a great career, which includes a World Series ring with the 2016 Cubs.