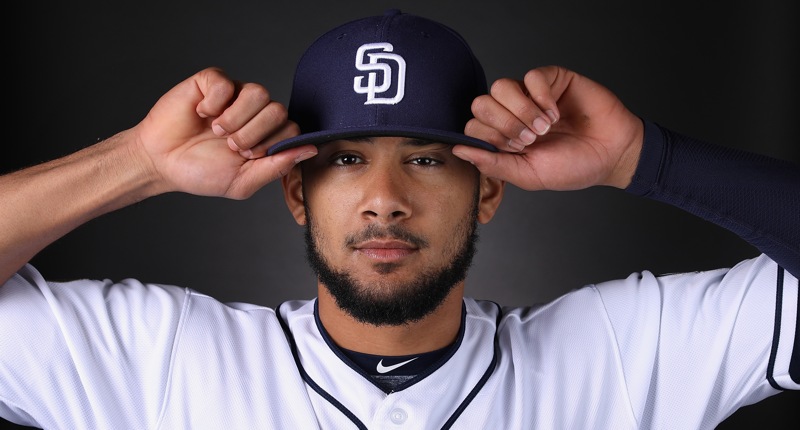 Well, it wasn’t just signing Manny Machado to a monster deal, and it isn’t just trying to take down the hated Dodgers. The San Diego Padres are really doing all they can to be everyone’s favorite MLB team besides their favorite MLB team.

They really do want to compete this year, and they’re putting their money where their mouth is, from Machado to promoting their top prospects right out of the gate, service time (apparently) be damned.

First, it was big-time pitching prospect Chris Paddack making the roster and being told on the mound:

The Padres are also going to carry catching prospect Francisco Mejia right out of the gate, even though they could have held him down for a while to get some extra team control/hold down potential Super Two costs.

Source: Fernando Tatis Jr. will be on the Padres’ Opening Day roster. If any GM was going to do something like this, A.J. Preller seemed like the one.

Fernando Tatis Jr. has made the team.#Padres believe he's ready and makes them the best possible team.

Tatis, who only just turned 20, is one of the best prospects in the game, frequently mentioned as part of a Vlad Guerrero, Jr. and Eloy Jimenez trio of terrifying hitters, so the Padres carrying him right out of the gate (without an extension in place) is a truly remarkable thing, and could wind up costing them an entire year of control down the road.

But if you’re really going for it, and you want to dominate your local market in sports, this is the way to do it. The Padres have a lot of buzz right now, and they deserve every bit of it. Good for them. Beat those dang Dodgers.