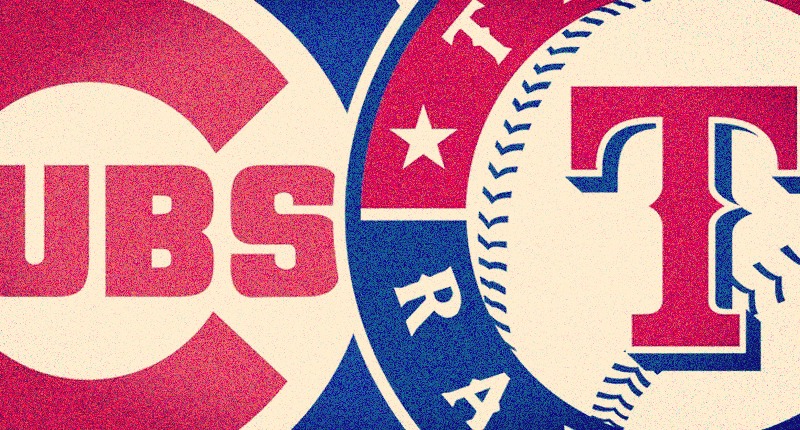 The Chicago Cubs will kick off the 2019 season just as their forefathers did … playing in the American League with a three-game series against the Texas Rangers.

It’ll be a homecoming of sorts for former Rangers Yu Darvish and Cole Hamels, both of whom will get the ball before the weekend is over. Jon Lester, of course, will get the first start. Lester is entering his fifth season with the Cubs at age 35 and he’s been an All-Star twice so far.

Despite his Opening Day nod, the Cubs won’t be (or rather, shouldn’t be) leaning on Lester quite as much as they have in the past. The rest of the rotation features plenty of upside and a freshly-extended Kyle Hendricks. It’s Lester, though, who gets things rolling tomorrow.

The Chicago Cubs (0-0) like almost every team, haven’t played a game yet, but have as much on the line this season as any. I’d say getting off to a hot start doesn’t matter, but given the way last season ended with a necessary game #163 … I just want the Cubs to be pedal-down from thing one.

The Texas Rangers (0-0) are far from favorites in the AL West this season – that honor goes to the Astros, and then probably some combination of the A’s and Angels, but everyone is a contender on Opening Day. Still, it would be nice if they’d just start tanking right away.

Cubs Pitcher: The Cubs have important stories with each of the three starters this series, but Yu Darvish is the guy I’ll have the closest eye on. He was healthy for most of the Spring, but did deal with a blister just as camp was closing. With any luck that’s all healed up, because if it’s not, he might have to throw with a bandage on, which could affect his grip.

Cubs Player: Albert Almora is not likely going to be the biggest contributor this series – or season – but if he starts out hot enough, he might just be able to lock down the everyday starting center field job right out of the gate. Given his defensive abilities and power stroke against lefties, that would be a really excellent outcome. It’s unclear if he’ll start all three games this weekend, but he will definitely be in there tomorrow against the lefty Mike Minor.

Rangers Pitcher: Lance Lynn, the Rangers’ Game 3 starter, signed on with the Twins in March of last year, but didn’t make it past the Trade Deadline. After a really rough start in Minnesota (5.10 ERA, 4.72 FIP), he was traded to the Yankees, where the results were a lot better (4.14 ERA), but his peripherals were A LOT LOT better (2.17 FIP). Over 9 starts and 54.1 IP, Lynn had a 26.4% strikeout rate and just a 6.1% walk rate. The Rangers awarded that performance with a 3-year/$30M deal.

Rangers Player: Elvis Andrus might walk up to baby shark. I just hope Cubs pitchers can restrain themselves.