KBOOOOOM! Kris Bryant Gets His Revenge SZN Underway with an Oppo Shot (VIDEO) Skip to content 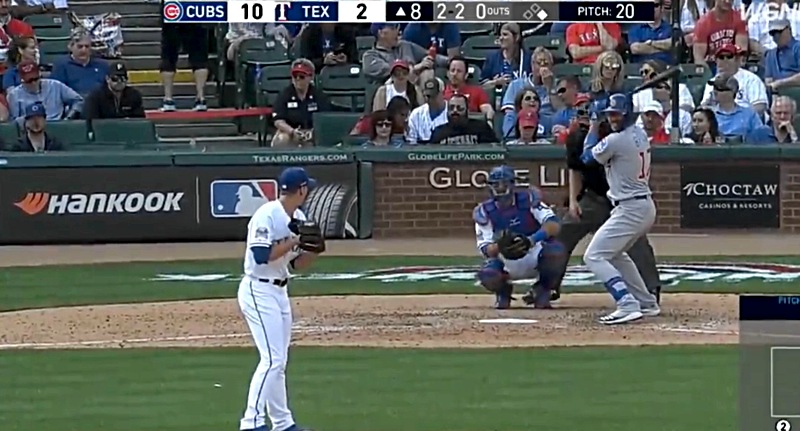 Ah, this is fun. Javy Baez is still crushing, and now Kris Bryant got in on the act, sending one way out the other way for his first homer of the year.

That was 104.6 mph and a whopping 426 feet the other way on a decent pitch at the bottom of the zone! Dang, man. Love to see that from Bryant, whose power in recent years has primarily been to the pull side.

Bryant actually hit one in the first inning with plenty enough authority and distance to go out, it just found a deep part of the park. This one just went a bit further: