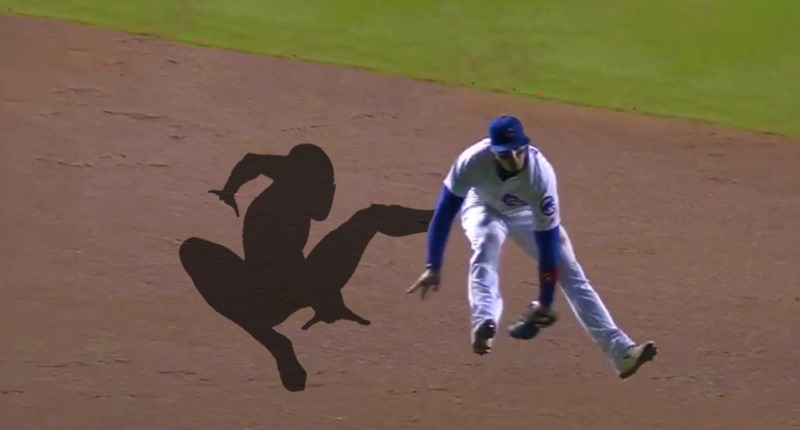 The Chicago Cubs are in an interesting place right now – although interesting might be too kind. They are – undoubtedly, inarguably, undeniably – a great team with a legitimate shot at reaching the postseason for the fifth time in as many years, and yet things still feel off.

It’s no mystery, of course: last season didn’t go as expected, the offseason didn’t go as expected, Brandon Morrow still isn’t back, Ian Happ has been sent to Iowa, PECOTA projects doom, the money hasn’t been there for lavish spending, and a shadow has been cast over everything else by Addison Russell’s domestic violence suspension plus Joe Ricketts’ emails. And somehow, I still feel like it’s all going to work out.

After all, the Cubs are the good guys, right? They’re the heroes of this story, and although we may be at a low point in this particular arc, we’re really just building to that heroic finish, right? That’s how I like to look at it, at least (maybe we all fan a little differently).

At the end of last season, I compared the Cubs four straight playoff appearances to the “Rocky” series – yeah, like Sylvester Stallone boxing, “Rocky”. But despite what seemed like the perfect narrative alignment, things went south – way south, and, like, right away. The universe just wouldn’t throw us a bone, as we were all forced to watch the Rockies and Brewers celebrate their playoff berths at Wrigley Field. So maybe “Rocky” was the wrong choice.

Maybe the Cubs’ story isn’t some boxing drama, with an underdog who shouldn’t win, but finds a way to stick in there. After all, the Cubs haven’t felt like underdogs in a while. And in a weird way, I don’t want them to feel like that. I want them to be champions. I want their strength to be feared. I want winning to be expected. I want swagger and style and ability … so maybe this is a superhero movie.

Maybe, like the Marvel Cinematic Universe, building to that final crescendo since 2008 (the year Iron Man came out, coincidentally), the Cubs have always been The Avengers. Hey, we’ve been calling Kyle Schwarber “The Hulk” for years. Why not?

From the beginning, the Cubs rebuild wasn’t unlike the initial assembly of The Avengers … which I guess makes Theo Epstein our Samuel L. Jackson, if you really think about it.

Both had a vision of how to turn everything around and executed on that vision by assembling a team of heroes to lead the way. Both The Avengers and the Cubs have their “core” contributors (Iron Man, Thor, Captain America, the Hulk … Anthony Rizzo, Kris Bryant, Willson Contreras, Javy Baez), and some guys they picked up along the way (Dr. Strange, Black Panther, Spider-Man … Jon Lester, Ben Zobrist, Jason Heyward). There’ve been failed experiments, big wins, devastating losses, and somehow John Baker is totally Paul Rudd/Ant-Man. I don’t know why, but that just feels right.

But most of all, both stories are in exactly the same place right now. If you’re not up-to-date with the Marvel Cinematic Universe, “Avengers: Endgame” is set to come out in a month and it’s got an eerily similar vibe to the Cubs’ current situation. Spoilers if you haven’t seen the last Avengers movie, but in short: half of the universe – including many of the Avengers – have just been snapped out of existence. The bad guy won and things look bleaker than ever.

So with all that in mind, enjoy this awesome 2019 Cubs hype video, overlayed by the audio from the “Avengers: Endgame” trailer. This was a brilliant piece of creativity, and I’m only mad I didn’t come up with it first:

Yo. I can get behind that.