Fun With Shifts: Willson Contreras to Kris Bryant to Nail a Runner at Second Base (VIDEO) Skip to content 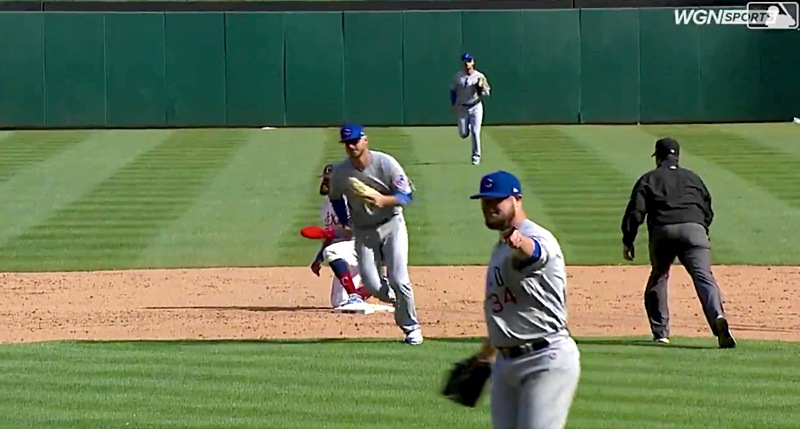 A fun play from yesterday’s game that I didn’t want to go un-called-out today: Willson Contreras gunned down a runner.

Now, that would not, on its own, be a notable thing, since Contreras does that on the regular. When he does it with Jon Lester on the mound, it’s always just a touch more enjoyable, because of the holding-baserunner-problems thing, but still. Not necessarily worth a special call out.

So why am I calling it out? Check out the “shortstop/second baseman” on the play:

That’s Kris Bryant laying down a slap tag to complete the play, thanks to the shift. That’s fun!