27 Years Ago Today, the Cubs Traded for Sammy Sosa Skip to content 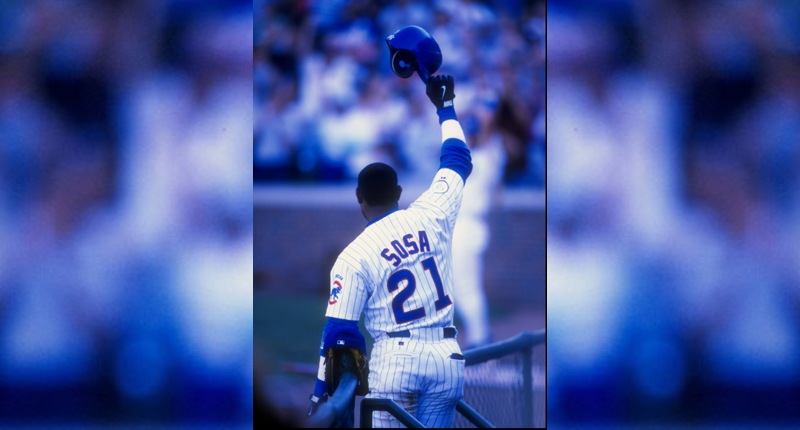 When the Cubs and White Sox made their huge Jose Quintana/Eloy Jimenez/Dylan Cease/Others trade in 2017, it had been about a quarter century since the crosstown clubs made a really significant trade.

Although the on-field competitive nature of the teams’ relationship absolutely would not have dictated a reticence to work together, the fear that you’d send a current or future superstar across town lingered in the air, hanging just thick enough to preclude previous front offices from making any trades outside of the 1998 Karchner-Garland deadline deal. So when that Quintana trade happened, it was a really significant moment, confirming that these two front offices just didn’t operate under that same crosstown fear complex.

But, hey, why even have it in the first place, right? I mean, what could have happened 25 years before the Quintana trade that might make one side of town so loath to deal with the other?

#OTD in 1992, Sammy Sosa was traded across town from the South Side to the North Side. pic.twitter.com/lNY3CPsBa0

In addition to reliever Ken Patterson, the Cubs got a 23-year-old outfielder named Sammy Sosa, who was coming off back-to-back disappointing years as a very young White Sox player. In exchange, they gave up 32-year-old outfielder George Bell, who could still hit some dingers and didn’t strike out, but he also didn’t walk and played terrible defense. A true early-90s value player if I ever saw one.

Bell wasn’t too bad for the White Sox that 1992 season, but struggled in 1993, and then he was finished. Meanwhile, Sosa quickly became a slightly above-average overall bat and defender, with plenty of power and speed. He didn’t quite eh hem blow up until the late-90s, but he was a valuable player within a year of the trade.