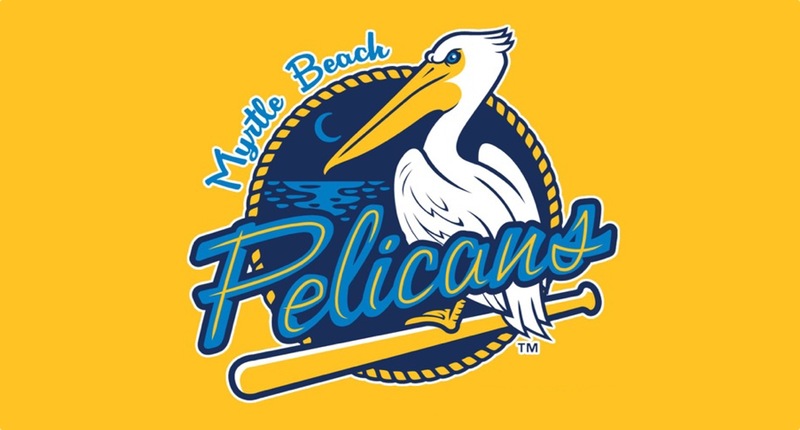 The Cubs’ High-A affiliate Myrtle Beach Pelicans have released their preliminary Opening Day roster ahead of the 2019 season, which for them opens on Thursday at home vs Lynchburg on Thursday. Let’s take a look at how the roster is laid out.

The biggest surprise, confirming reports by Evan Altman and Arizona Phil, was 2017 first-round pick Alex Lange would be returning to the Carolina League. A 2017 first round pick, Lange pitched very well at High-A last year overall, but ran out of steam in his final seven starts (36 IP, 28 H, 4.75 ERA, 20 BB, 25 K), and was not as dominant this spring as Cubs brass would have hoped.

He’s joined as a Pelican returnee by shorstop Aramis Ademan, who was obviously headed back here after a slow start in a challenging assignment last year. I was really impressed by Ademan this spring – he showed comfort and leadership that stood out on the backfields. That will pair well with BN Top Prospect Miguel Amaya, another leader from the 2015 International Free Agent signing class.

The Cubs 2018 draft will contribute three players to the Pelicans initial roster. Second-round pick Paul Richan will be a member of the rotation, and will skip Low-A entirely, as Lange and Thomas Hatch did in the years before him. Jimmy Herron looks to have a lock on an outfield slot, while 10th rounder Luke Reynolds will bounce between the infield corners.

Wilson and Mitchell are back, healthy and ready to reprise roles in the big Myrtle outfield. Both spent much of camp with the Double-A team, and in my week there, hit the cover off the ball. The Cubs are likely hoping they, in particular, spend the latter half of his season in Tennessee. They are joined in the outfield here by Herron, who I imagine will see time at all three outfield spots, and potentially all nine spots in the lineup.

An interesting decision the Cubs made here is to not assign a traditional first baseman to the Pelicans, instead planning on a job share among a series of guys who haven’t played there regularly before. Reynolds and Galindo are two of them listed here, and both will also see regular opportunities at third base. But more important for those two is channeling a power stroke at the plate.

It will be nice to see Sepulveda healthy and playing again; not sure if the plan is to make he or Bethencourt the regular second baseman, so I included both in the lineup here.

The onus is on Lange to show very quickly that this assignment was too conservative and force a move to Double-A. Let’s hope he has that in him. It will be interesting to hold Richan as a side-by-side comparison to Lange, and hopefully they challenge each other to have the lowest walk rates possible.

Hudson and Moreno are two guys that I think are probably pitching to avoid a move to the bullpen in the latter half of the season. Both are Rule 5 eligible next year, and you’d think the Cubs would be interested in how their talented arms would transition into short-outing roles. Moreno has been up to 96 MPH in that role before, but as a starter he generally pitches more around 90. Hudson isn’t a hard thrower, despite a giant frame. I was at a game where he relieved Jon Lester and proceeded to strike out everyone. Would love to see more of that in him this season.

Assad is probably your best bet to just make 25 quiet starts and lead the team in innings. His fly ball nature will like this park.

Projected Bullpen (1-2 will be on reserve roster, not active roster)

Two names jump out here as stories from my time in Arizona. In the same game, I saw Hecht and Rodriguez pitch dynamo performances. When Hecht’s outing began, a series of Cubs pitchers huddled around the Trackman behind home plate as if they knew something. I took this to mean that Hecht had worked hard in the winter to add something, and joined the pitchers. His velocity was indeed higher, more 93-94 than the 91-92 last year. The key I think was he was mixing 94 with a lot of spin (2500+ RPMs) with a pitch – 2 seam perhaps – around 90 mph with very low spin (1900 RPMs). He also has a plus slider.

Rodriguez is a short, heavy right-hander from Mexico with a great arm. Last year in South Bend, he struck out 64 hitters in 40.1 innings, but it was lost because of his 7.59 ERA and Chatwood-like 8.0 BB/9. Well, in Arizona he was pumping strikes and whiffing everyone with a fastball up to 96 and a good curveball.

So those are two potential closers, though that job will probably default to either Brian Glowicki, who was great in that role with South Bend last year, or Tyler Peyton, who closed sometime for MB last year. Garrett Kelly, another who returns to Myrtle Beach from 2018, is the fifth short-inning right-handed option. The two left-handed options are Ryan Kellogg, who was really good for the Pelicans last year, and Luis Lugo, a minor league Rule 5 pick who is also a starting option.

We might also see Brendan King and Jesus Camargo make starts for the Pelicans this year, too, but they’ll begin in long relief.

Note that Brendon Little and Erich Uelmen are both currently injured. No word on the specific injury, but you can project that, upon either’s return, they will join this group.

Projected Bench (1-2 will be on reserve roster, not active roster)

The Cubs surprisingly released Michael Cruz this week, who was headed for a back-up catcher role here, but it appears Balego won that job. Balego worked very hard last year at transitioning to catcher in his second pro season. I expect Tyler Payne will probably be on the reserve roster in case Amaya or Balego suffer an injury. We might also see Yeiler Peguero there. Fennell is someone I almost had in the starting lineup at DH, and he’ll see plenty of playing time in general. He was an undrafted free agent last year that really impressed in Eugene. Zach Davis will be a late-inning pinch run, defensive replacement option that will receive plenty of outfield starts.