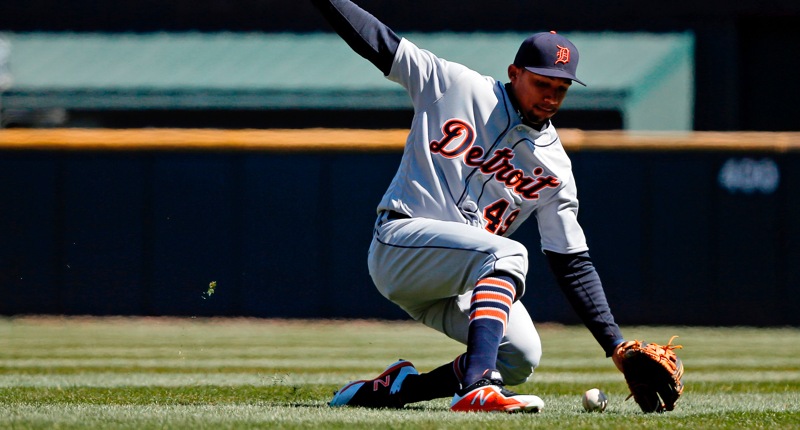 The Cubs have signed shortstop Dixon Machado to a minor league deal, per Arizona Phil and others. It’s a move that bolsters the Cubs’ AAA infield depth, but does so at a time when they arguably didn’t need any bolstering.

Although the Cubs are without Addison Russell at the big league level for the next month because of his domestic violence suspension, they are nevertheless moderately well-covered in the short-term for shortstop depth with David Bote capable of playing the position in a pinch right now, and prospects Zack Short and Trent Giambrone figure to see time at Iowa’s shortstop spot in time. Plus, there’s Cristhian Adames available at Iowa, fresh off a huge Spring Training.

… but that’s what actually has me wondering about the Machado signing: is it possible that Adames has an opt-out in his contract, and is about to be heading out? It’s not uncommon for guys like Adames who sign minor league deals to have opt-outs built into their agreement if they don’t make the big league roster out of Spring Training. Perhaps he has an opportunity to explore his options before reporting to Iowa, and perhaps the Cubs wanted to make sure to grab Machado as a just-in-case hedge against that?

But, of course, Machado isn’t really around for his bat – instead, he’s considered a stellar glove man at shortstop, and can also offer some speed off of the bench. Adames profiles similarly, but possibly with a little more offensive upside, so I’m not entirely sure I see the fit for signing Machado unless there’s a risk that Adames is gone.

We’ll keep our eyes on it, but for now, either way, Machado is in the mix as shortstop depth at Iowa.