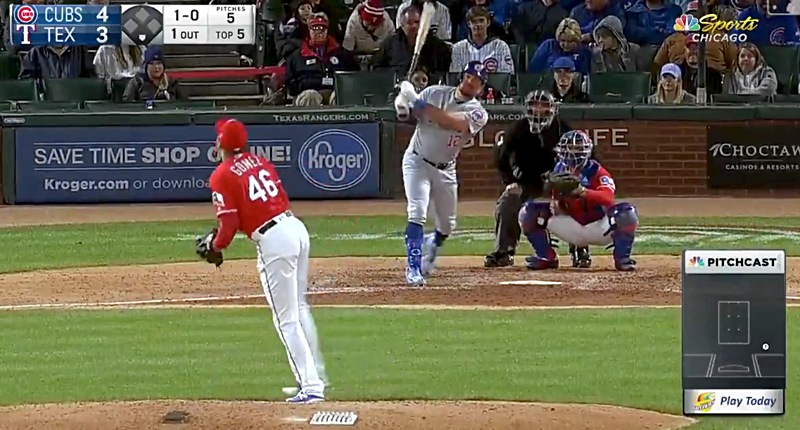 Before tonight’s game got underway, I tweeted out who I thought was going to hit a homer tonight, mostly because I wanted to say “Ding a Dong”:

Tonight's Who's Gonna Ding a Dong?

I’d say I was actually being really smart and knew something about the match-up, but in truth, Schwarber’s homer came after the Cubs had bounced Rangers starter Edinson Volquez from the game.

Oh yeah, the homer. You want to see the homer:

That was 108.8 MPH off the bat, barreled, and 424 feet to right center. No doubt off the bat, as evidenced by Schwarber’s strut out of the box. He doesn’t always strut, but when he does, he’s not wrong. His homers go a long, long way.