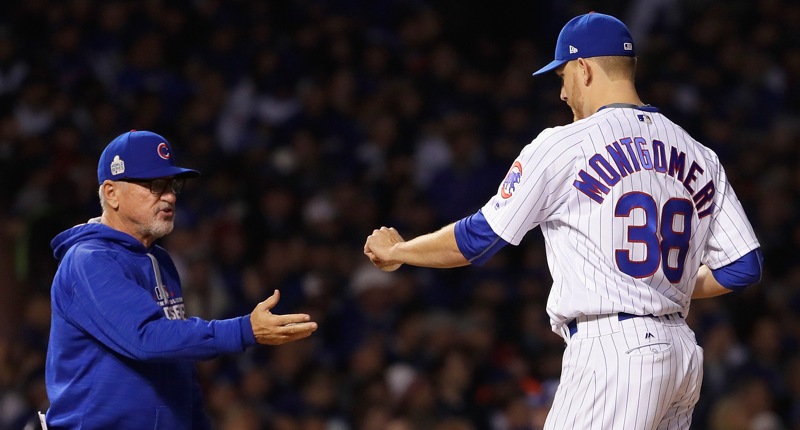 I’ve said it a few times already – even before the season began – but it bears repeating with a few ugly performances in tow: when you got with a “volume” approach to the bullpen, with lots and lots of “yeah, maybe that guy will be good!” options, instead of a lot of known quantity options (to the extent any reliever is that), you will necessarily have a period of adjustment at the outset of the season. It takes time each season to evaluate what you have in certain guys, what roles suit them best, what mix works for everyone, etc. It has frequently been a very effective way to have a great bullpen come June and beyond, but in the meantime, you do risk losing a lot of games while you figure stuff out.

With that in mind, I was unsurprised to see Joe Maddon echo the same sentiment this weekend (ESPN): “I’ve always believed it takes about a month [to figure out the bullpen]. I know the guys, and you know what you think you have, but you have to keep throwing them out there because things change on a year-by-year basis. I won’t make up my mind too soon about anything. I have to get them all out there.”

Fine, good, agree. And I don’t really think Maddon pulled any egregious bad levers on the bullpen front in that Rangers series – he’s just working with the crew he’s got, and trying to put them in the right situations to succeed.

In the meantime, you just hope the guys in the mix succeed very quickly, and/or the front office makes the right roster adjustments before too many “figure it out” losses pile up.

To that end, when you consider the “bullpen” performance this weekend, it’s really only two guys that jump out at you as making you a little nervous: Carl Edwards Jr. and Mike Montgomery.

We’ve discussed Edwards already, and concern was always justified with him, because the latitude of his performance (from awesome to terrible) is so wide, and because his control problems were deep in the final two months of last season.

With Montgomery, there is less inherent concern, but boy did he get knocked around in his two appearances. The velocity was fine, and the stuff seemed normal for him, but maybe he’s suffering just a bit on the command side because of his injury-slowed Spring Training? I guess I’ll hope for that. Joe Maddon seems to be hoping Montgomery will get straightened out quickly:

I do think it’s worth pointing out that, although he was a very solid starting pitcher last year, and he was a very solid relief pitcher the year before, Montgomery actually wasn’t very effective in relief last year in the results department: 5.13 ERA over 26.1 innings, .265/.345/.376 opposing line, 14.0% K rate, 9.7% BB rate. Then again, his batted ball data as a reliever was glorious: 63.9% groundball rate, 32.6% soft contact, 23.3% hard contact. So maybe he just kinda got unlucky last year? Maybe there’s not really a correlation between last year’s (small sample) relief results and this year’s (extraordinarily small sample) relief results?

In any case, Maddon’s quite right that the Cubs need an effective Montgomery in the mix. Heck, that was a sizable portion of the satisfaction associated with the Cubs retaining Cole Hamels – it meant another good lefty reliever in the bullpen.

I think I can chill a bit. Montgomery got wrecked twice by the same hitter (Nomar Mazara – maybe he just sees Montgomery well), and then gave up a home run that just nicked the outside of the foul pole. If that’s an other inch to the left, maybe I’m not even writing this post today.

On to the next.