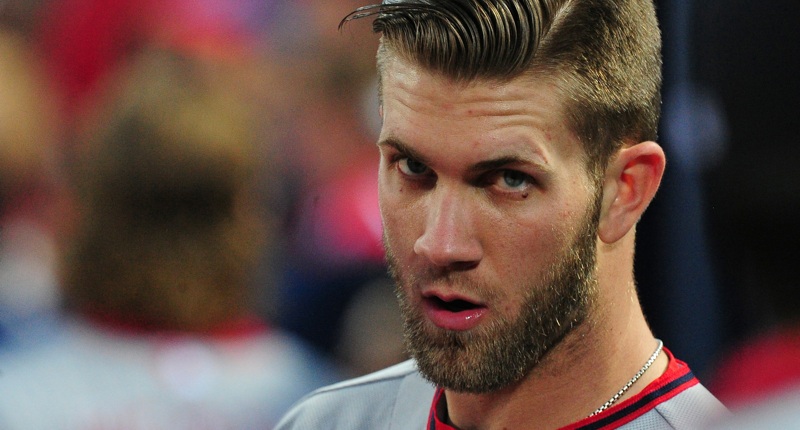 Some off-day MLBits to cover your afternoon, and it’s Brett writing these ones instead of Michael! The only constant is change!

Bryce Harper walked out of a Dec. 23 meeting with Ted and Annette Lerner thinking: "'It’s gonna happen.’ I told Kayla, ‘Be ready to go back.’ I flat-out told her. I was psyched."
Tuesday, he plays at Nats Park as a Phillie. On the road to that end:https://t.co/NrsWg9EuMJ

Love this read on Bryce Harper's exit from the Nationals and free agency process. After his initial 10/$300M offer from the Nats, he got this follow-up EXTREMELY NATIONALS offer in January. https://t.co/8r3J8kbwoz pic.twitter.com/ag4oGofwqh

This graphic just appeared on @SportsCenter along with a piece we had about Giancarlo Stanton’s injury. Four of the 2018 Yankees’ top 5 WAR players are on the injured list. Whoa. pic.twitter.com/nRKjCBXwhb

Julio Urias was spectacular in his first start in almost 2 years, but the #Dodgers are about to go down an unconventional road with him again. They better know what they’re doing this time. https://t.co/DIkljgX5Jt

Kevin Pillar gets emotional after trade from the #BlueJays 😢

Breaking news: #reds No. 2 prospect RHP Hunter Greene to have Tommy John surgery after he suffered a setback last week in Arizona.

For the 900th time in @MLB history. It's the Fernando Rodney experience. pic.twitter.com/ZmGsNNu4E6

OTD in 1996, Cecil Fielder stole his first career base in his 1,097th game, the longest duration a position player had ever gone without stealing a base. pic.twitter.com/NI4cTcWekW

baseball on the whole doesn't have much appeal to me anymore but man i love seeing stuff like this https://t.co/aO85gFIjUs