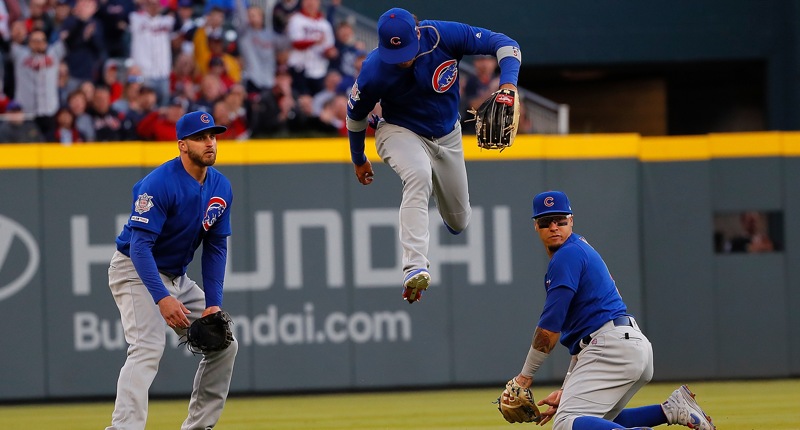 Let’s just dispense with this first thing in the morning: that was a borderline historically ugly game on defense for the professional baseball Chicago Cubs.

Worse, those six errors did not include a pop up the Cubs allowed to drop in the first thanks to poor communication, and a “double” to left field that Mark Zagunis biffed.

It was an extraordinary display of ineffective field from a team that is supposed to be a stellar defensive club.

“We attempted to make plays we shouldn’t have attempted to make,” Joe Maddon said after the game, per Cubs.com. “More mental errors – I know there were physical errors, but they were more like, to me, mental errors – that I don’t know why they popped up today. I thought we were in pretty good shape coming into this game …. Weird game. I know it was the home opener, but we did not have to cooperate that much. It’s just a really poorly played game on our part from the beginning. It just was. A lot of awkward things. The errors were not difficult plays that we just did not make, so all of a sudden all these errors pop up.”

Ultimately, you’re talking about a collection of mistakes from a group of individuals in a single game, so, even though it was SO extreme, it’s hard to extrapolate out much about what it says about the team. I tend not to think this is some kind of grand sign about the mental state of the team or how unseriously they take defense or how poorly prepared they are.

But, hey, if you’re gonna lose a game badly anyway – and sometimes you will – might as well get a bunch of the gaffes out of the way in a single game, right? Now the Cubs can go, like, the next five games error-free because they’ve already used them up for the week!