What's Free Agency, Again? Ronald Acuña is Finalizing an Extension with the Braves Skip to content 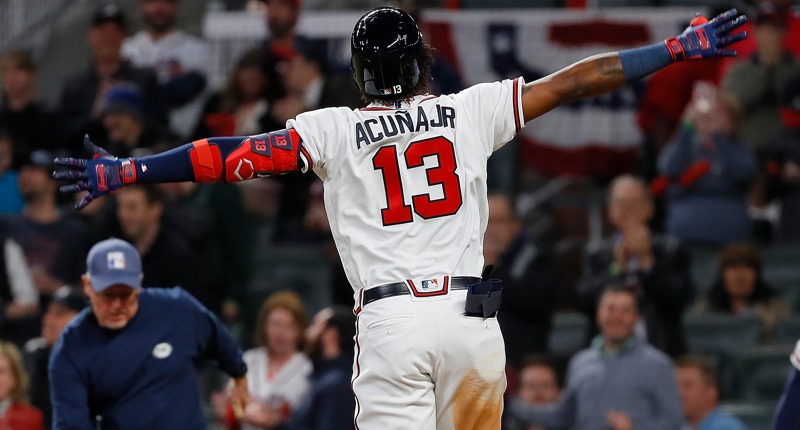 Oh, come on, Grandpa! Tell us what free agency was like just one more time!

There’s actually no point in rehashing the story or re-sharing the list another time. By now, you should know that there has been an insane push to lock up star players (young and old) all across baseball this spring, and even though the season has started, the extensions have not stopped.

Ronald Acuña broke into The Show at the age of 20 last season and took the league by storm. Through 111 games and 487 plate appearances, Acuña launched 26 homers while slashing .293/.366/.552 (143 wRC+) en route the NL Rookie of the Year award and down-ballot MVP honors. He is easily one of the brightest young stars in the game and could be one of the best players in baseball for a while.

Before this deal took place, Acuña was not scheduled to be a free agent until after the 2024 season. That means the Braves had him under contract for six more years including this season. But now, they’ll get him for at least eight more years (including 2019), and they even have 2 club options, worth ONLY $17M a piece ($10M buyouts on each). So I think, if my math is correct, that means they bought out two free agent years (2025 and 2026) and have options over two more (2027 and 2028).

All in all, the Braves get Ronald Acuña Jr. for the next 10 years at a maximum of $124 million. It is the sort of deal teams dream of.

Although there’s always risk in locking up players when they’re this young and with such little experience, it’s pretty difficult to see the downside on this one. The Braves will have control over Acuña’s fate from his age 21 season through his age 31 season for just $124M and only $110M is actually guaranteed. That is seriously a steal.

And although Acuña could’ve almost certainly made life-changing money via arbitration and eventually in free agency, there are not many people who can turn down a guaranteed $110M deal. When you throw in the uncertainty and pretty clear consensus forming around the players with respect to the next CBA, it’s just not surprising. The pendulum is swinging hard right now. This is clearly a “moment.”

Do you think he’ll take the rest of the series off to celebrate? That’d be nice.