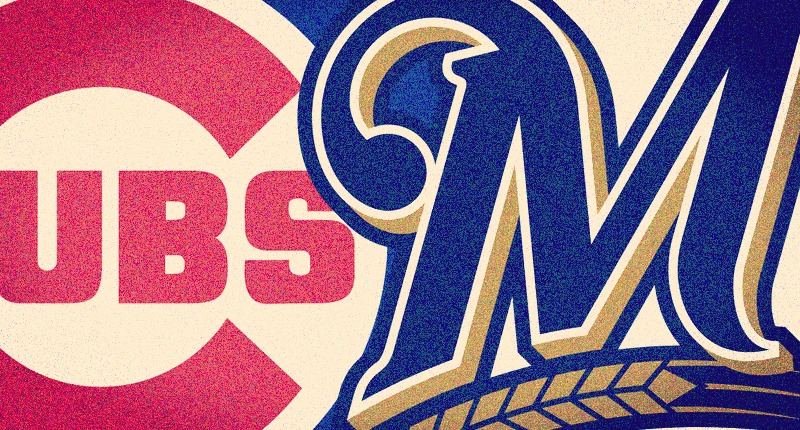 The start of the season has been unusually painful this year, and I think it’s more than just the five losses. The Cubs aren’t just losing – they’re losing in uniquely painful ways (lots of late blown games and blowouts). All the while, the Brewers aren’t just winning – they’re winning in uniquely fun ways (game-winning home run robberies, walk-off blasts, ninth inning comebacks, etc.). That’s a bad combination for the heart.

With both of those tracks occurring at once – and after the way Milwaukee stole the division right out from under the Cubs last season – well … you can imagine the very real frustration hitting us disproportionately hard. And it doesn’t help that their boy, Christian Yelich, hasn’t slowed down, and their bullpen, which was supposed to be hurt without Corey Knebel and Jeremy Jeffress, looks as good as ever.

Indeed, everything has broken right for Milwaukee – great performance and great fortune – and the Cubs are still talking about urgency, pressing, their lame-duck manager, their broken bullpen, their lack of additions, their suspended shortstop, and on and on. It stinks. It really does. And until the Cubs start winning, there’s not really anything we can do about it. The Brewers have earned their spot, and so have the Cubs.

At least this series gives the Cubs a chance to dig themselves out of the hole. They can’t get back to .500 by Sunday, but if they go into Milwaukee and take 2 of 3 or better, you’re going to feel like a whole new Cubs fan. I promise. I just can’t promise it’ll happen. Not given the way each team has been streaking.

The Chicago Cubs (1-5) have not won since Opening Day, and have dropped five in a row. They’re heading into Milwaukee 4.5 games behind the Brewers six games into the season. That’s almost impossibly bad.

The Milwaukee Brewers (6-1) lost their second game of the season … and that’s it. They’re working a five-game winning streak and it’s all come against the NL Central.

Cubs Pitcher: Jose Quintana is getting his first start of the season tonight, which I suppose makes me feel a bit better when I say it out loud. Like, how badly can we freak out when one of our (completely healthy) starting pitchers hasn’t even made his first start of the season, yet? Don’t forget, though: Quintana piggybacked after Yu Darvish in Texas, and actually did quite well, striking out an impressive 8 batters in just 4.0 innings. The projections actually like Quintana to have a nice season, let’s see if he can get it started in earnest tonight.

Reminder: Quintana has a career 1.55 ERA pitching against the Brewers on the road, with a 40/11 strikeout to walk ratio. There’s a reason the team lined the rotation up this way, and this is it. Quintana has simply had a lot of success against a lot of these hitters.

Cubs Player: Willson Contreras has been the Cubs best player so far this season. He’s slashing .353/.500/.647 and has already been worth 0.6 WAR (15th best in baseball. Let’s see if he can keep it up at the best time possible. I’m guessing he’ll start tonight and then again on Saturday, before getting the day off for the early game on Sunday.

Brewers Pitcher: Josh Hader. If the Cubs reach the later innings and don’t yet have a lead, they’re going to be in trouble. Josh Hader has been on top of his game this season, striking out 10 batters in 5.0 IP with just 1 walk and 1 hit. He’s already got 4 saves in 4 chances, and has made one 2.0 inning appearance. Get an early lead.

Brewers Player: Christian Yelich. The Brewers had an off-day yesterday. Their last game, Wednesday, was the first game of the year Yelich didn’t get a hit … but he still reached base twice. He’s already got three multi-hit games under his belt, plus 3 doubles, 4 homers, and 8 walks. He’s only played 7 games. Slowing down from last year’s absurd pace does not seem to be in his plans.