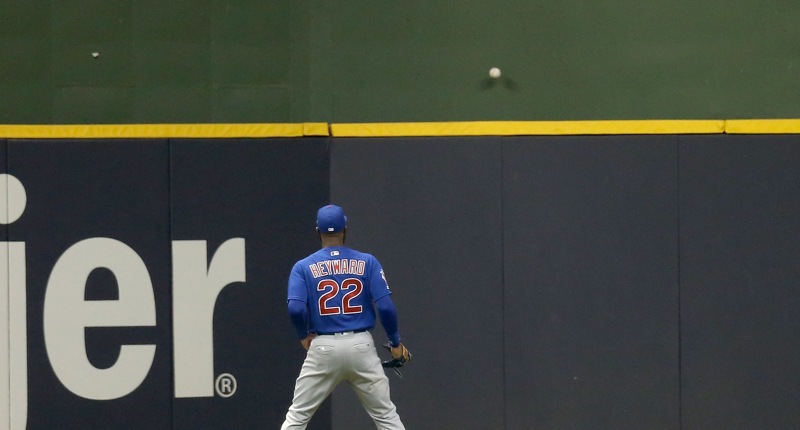 As much as I would say “it’s early” on the pitching side of things, and preach the possibility that a fluky confluence of awful one-off performances have made it look like ALL the pitching is broken (except Jon Lester), I must also concede that it would be unreasonable to say THIS DEFINITELY IS the Cubs’ offense.

Indeed, there are good reasons to believe they won’t keep scoring at this clip, but so far, the Cubs are freaking raking: 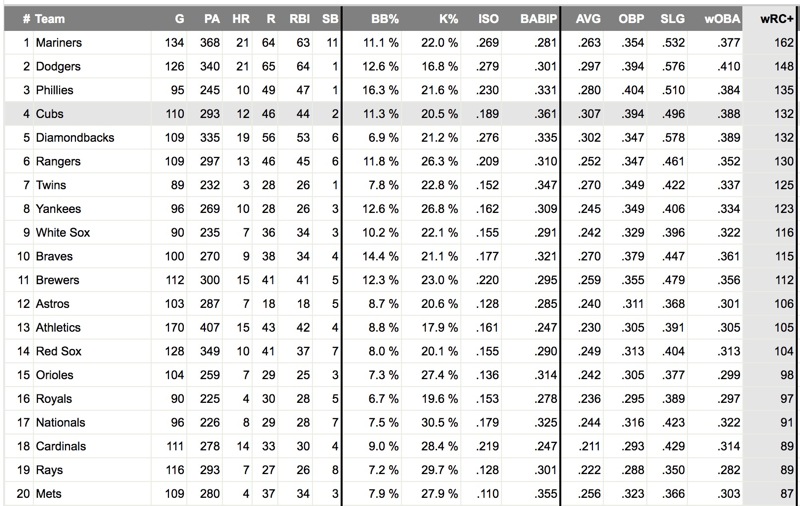 That said, when you look under the hood, you do see that most of the Cubs’ offensive production so far has been BABIP-driven, and that number is not going to last, especially if the underlying batted ball numbers (good, not great) don’t improve dramatically.

In other words, for the Cubs to have done this offensively through seven games, and have won only one of them, is just criminal. You can’t count on offensive spurts of BABIP-fueled success all year, and thus the pitching has wasted this offense.

It was an EBS joke last night, but it’s actually true – whatever the Cubs’ bats can do for the good, the arms right now can do much, much worse: 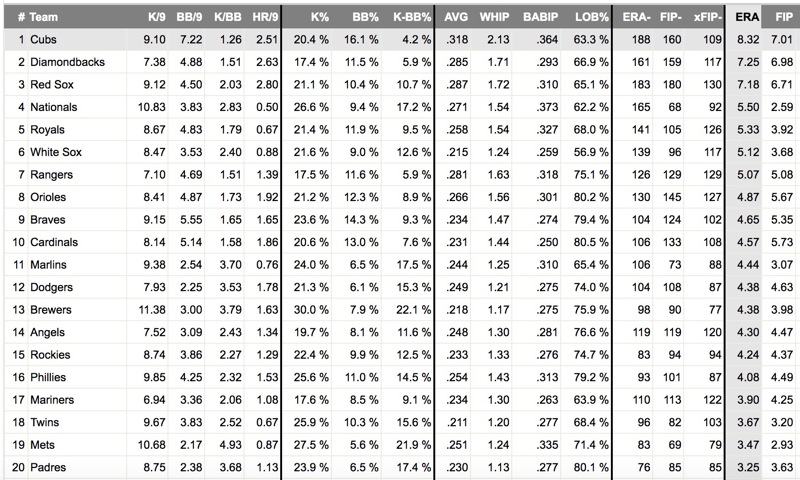 The Cubs scored 10 runs last night, and the pitchers need to make that stand up *every* *time*. This has, quite literally, been the worst Cubs pitching performance to open a season in well over 100 years.

The questions we – and the Cubs – have to reckon with right now are:

The samples for the individual pitchers right now are tiny, and I’m comfortable drawing conclusions about only a couple of them (guys we already long had opinions about). But when the whole dang group is doing THIS badly, it just makes it very difficult not to feel like there’s something at the root of it.

The Cubs better figure it out quickly, or they’re going to keep wasting what their offense is trying so hard to give them.