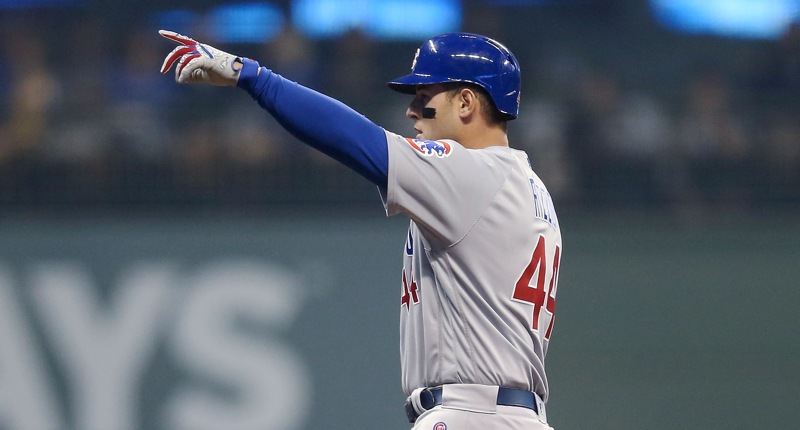 Having already scored seven runs on the strength of homers by Jason Heyward, Victor Caratini, and Javy Baez, the Cubs saw their lead shrink to just two by the time they came to the plate in the top of the 8th, which is known in current bullpen parlance as, “Not a lead at all.”

So, the offense had to keep doing its thing to make sure the game was put away (sure enough, the Brewers would add three more runs before the game was over). Wake up to the beautiful sounds of a seven-run offensive explosion in that 8th inning:

The best parts, outside of the obvious Jason Heyward second homer: David Bote battling through an at bat and then clearing the bases with a double after he was getting taunted from the stands, and Javy Baez chasing down Anthony Rizzo on that double and screaming on his heels as they crossed home plate:

Ah. This morning is good. Right now is good. Cubs win. Enjoy it: