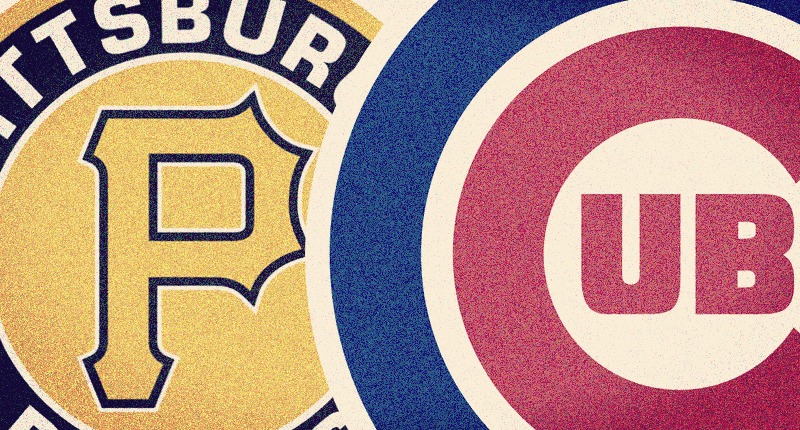 In what should probably be more embarrassing to admit than it is, I’m feeling good about the Cubs right now. The fact that they didn’t get swept in Milwaukee feels like a freakin’ miracle given the previous trajectory of each team, and losing yesterday in a “normal” game without a bullpen meltdown just iced the pain a bit (how sad is that?).

And it should only help that the Cubs are finally back at home. After starting the year out on the road, a good series against the Pirates could carry me a long way – especially because after the Pirates, the Cubs will face the Angels at home (I’ll be at that series), Miami on the road, and Arizona back at Wrigley. Those are all winnable games. This has the makings of a nice stretch.

Let’s just hope that it actually is.

The Chicago Cubs (2-7) managed not to get swept in Milwaukee, which somehow feels like a win. They’re 2-7 to start the year and have lost … a lot of games they should’ve won.

The Pittsburgh Pirates (5-3) are the only other team above .500 in the NL Central besides the Brewers. Indeed, after starting the season out at just 1-3, they’ve won four straight (all against the Reds) including two shutouts at home. They were the weakest perceived team in the division this year, but their pitching could be legit.

Cubs Pitcher: Yu Darvish could throw another clunker tomorrow, and I’d still probably believe he’d be able to complete a nice season, but … boy is it high-time for him to show us what he can do. Because, sure, his second start of the season was a big improvement on the first, but he still lasted just 4.0 innings and walked four batters, which isn’t great. In fact, he’s gone 6.0 innings only three times in his entire Cubs career and those all came last season. I’m ready for that big, dominant game with double-digit strikeouts. I need it.

There’s also this to keep in mind, with Jon Lester and Jose Quintana pitching the bookends of this series:

The #Cubs have 3 lefties in the rotation right now (Hamels, Lester, Q).

Cubs Player: Jason Heyward. With three straight right-handed pitchers going for the Pirates this series, we’re likely to see a lot of him this week. The question is can he keep up the pace he’s set this season. Heyward already has three multi-hit games and three homers, but his ground ball rate isn’t anything to write home about, his infield fly ball rate is pretty high, and although he’s making some hard contact, he’s actually got a TON of soft contact. I’d love nothing more than for Heyward to finally be on a bit of a hot streak, but we’ve gotta see it first and for a long period of time. And again, with all the righties coming up, this is a great time for it.

Pirates Pitcher: Jameson Taillon has thrown 13.0 innings over two starts this season, walking just 2 while striking out 9. He’s got the arm to be lights out, so the Cubs will need to bring it right away. We’ll get into more on him later today.

Pirates Player: Adam Frazier has been the team’s best hitter this year, slashing .333/.429/.533 (150 wRC+), with matching 11.4% walk and strikeout rates. He’s only got one homer, but he’s got a pair of stolen bases and has hardly made any weak contact at all this year.