Kyle Schwarber Goes Oppo *Against a Lefty* for His Third Homer of the Year! Skip to content 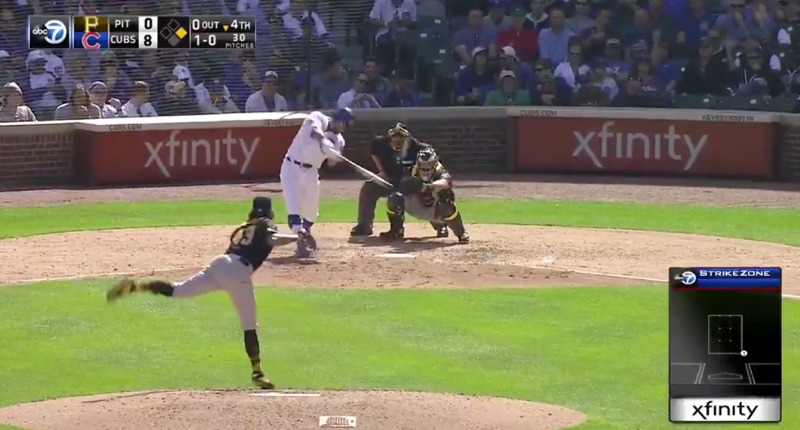 On March 28th, 2019 (opening day), the Chicago Cubs scored 12 runs in their win against the Rangers. Two days later on March 31st, they lost the finale in Texas, but put 10 runs on the board in the process. On April 5th, the Cubs lost to the Brewers, despite scoring 10 runs again. And on April 6th, they plated 14 runners in their win against Milwaukee.

Before entering today’s game, then, the Cubs had scored ten runs or more four times through their first nine games of the season. That’s absolutely nuts … and apparently a pace they intend to keep up.

After scoring six two-out runs in the bottom of the second inning and adding a couple more an inning later, Kyle Schwarber brought the Cubs across the 10-run threshold for the fifth time this season. AND IT CAME AGAINST A LEFTY.

That ball was absolutely crushed:

.@Cubs Kyle Schwarber with a no doubter… Crushed it. pic.twitter.com/v23JNBLHVf

That was Schwarber’s third home run of the season – this one, notably, against a left-handed pitcher. He’s having a smoking hot start to the year, and I’m loving every second of it.