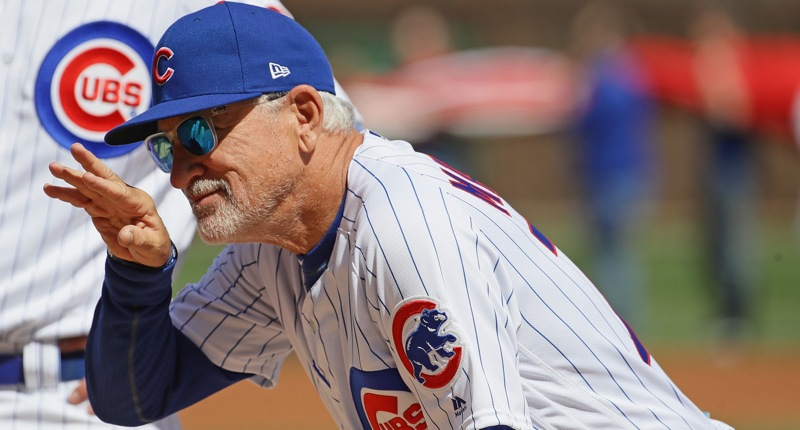 Yesterday’s win was tempered a bit by Jon Lester’s early exit (more on that later), but it nevertheless overall made for a really nice home opener, especially given the horrifying road trip that preceded it.

Cubs have the 4th best offense in baseball by wRC+. (via FanGraphs) pic.twitter.com/gxnUm1OkXv

We've heard about Kyle Schwarber going back to a swing similar to his days at IU, so a quick GIF comparing a 2013 HR (via @BigTenNetwork) and today in the home opener. pic.twitter.com/wXgHRknXLU

Can't blame this on Joe Maddon: "Adversity is a good thing for the soul, brother." https://t.co/bpQ0cxQX1E

Kyle Ryan's release point is insane — no other MLB lefty has such an extreme release point towards the first base side. pic.twitter.com/bbNvU0zcud

Very encouraging outing for Carl Edwards Jr. with the @IowaCubs tonight: 1.1 IP, 2 H, 0 R, 3 K, 0 BB. 28 pitches, 19 strikes. One hit was an infield single, other hit was a slapped single through a shift. Inherited a bases-loaded jam and got out of it.