Is That El Mago or Javy Guerrero? Skip to content 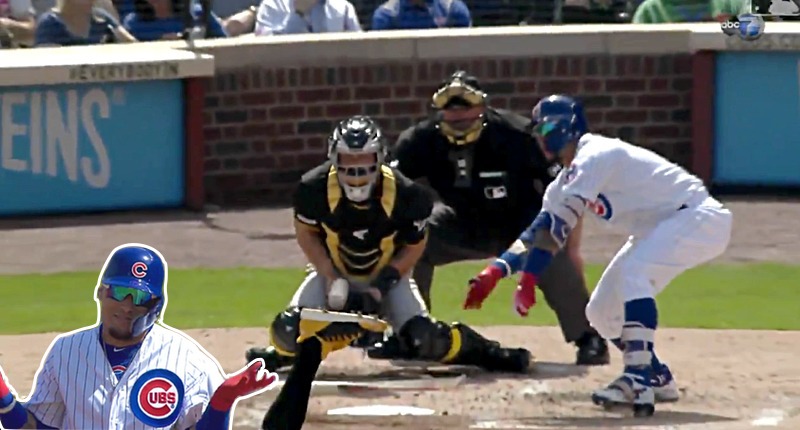 The Chicago Cubs had themselves a wild second inning yesterday, scoring six two-out runs on a throwing error, an intentional walk, a Jon-Lester RBI double, a single, a hit-by-pitch, a line-drive single off the pitcher’s head, a bloop-single, a fielding error, and another throwing error. To say those runs were “unearned” would be an understatement. To say I didn’t enjoy every painful second of the Pirates’ early collapse would be a lie.

Unearned runs still count, and that inning propelled the Cubs to a 10-0 win in the home opener. We deserved that, right?

But potentially lost in the madness of that inning, is Javy Baez’s bloop single, which I bolded up there.

Under normal circumstances, a bloop single would be nothing to write home about, but Baez’s blooper, like pretty much everything he touches, was special … because he straight up threw his bat at a breaking ball that was going to bounce well in front of the plate.

Javier Baez singled today on a pitch that bounced and did so by throwing his bat at the ball.

Javy: “I saw Vladdy Guerrero did that back in the day and he’s in the Hall of Fame.” pic.twitter.com/rFU6uAxKHb

That’s so quintessentially him, isn’t it?

No, I don’t mean making contact with untouchable pitches and I don’t mean swinging at breaking balls in the dirt. I mean how everything he seems to do is wrapped in this blanket of unbelievability. If you watch Baez play everyday, you know there’s something different about him. He doesn’t just get lucky and he doesn’t just make highlight reel plays. He does both. A lot. At the same time.

And when you’ve got that sort of consistency with apparent “luck,” well, it’s fair to argue it isn’t really luck. Maybe it is just magic. Maybe he really is El Mago, I don’t know. All I know is that man is wild and an absolute joy to watch on the diamond.

And as many have pointed out so far, this at-bat is eerily reminiscent of the infamous Vlad Guerrero ball bounce, bloop single, right down to his ability to conjure errors out of nowhere:

.@javy23baez did his best @VladGuerrero27 impression yesterday, and we still don't know how he did it ¯_(ツ)_/¯ pic.twitter.com/u8fvOShx4r

How do these guys do it? 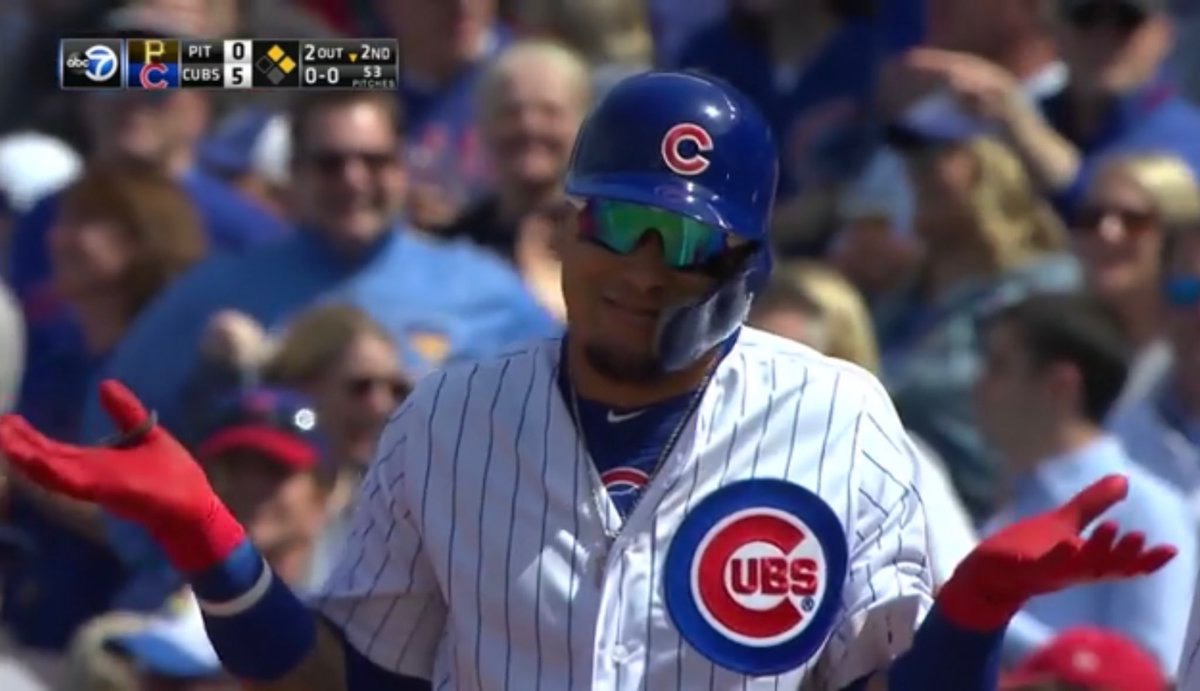