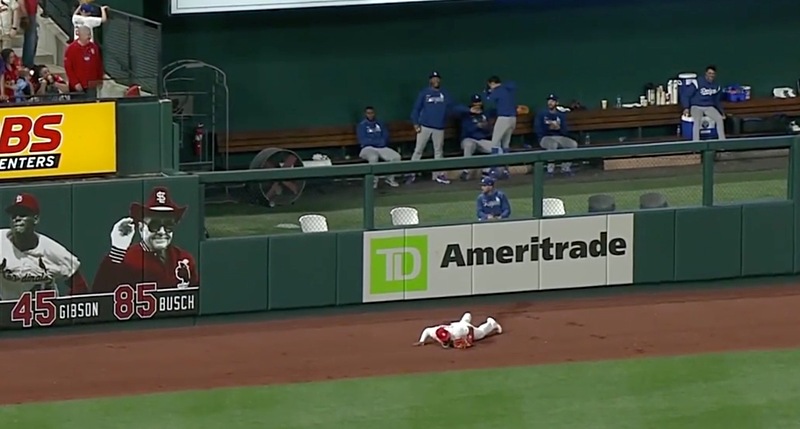 I cannot believe I have been such a good person in this life to deserve a moment like this. If I can survive the laughter, I am surely going to be watching this over and over and over again like it’s the new Avengers flick.

"See, what had happened was…" – Marcell Ozuna, probably. pic.twitter.com/1pHXLaeDOq

Humanity has built to this moment. pic.twitter.com/MbzBqnUkTI

I cannot believe that happened. And Kenley Jansen is all of us:

Hopefully Ozuna is not hurt, obviously. Because then it would be a lot less funny. And right now, it is so very funny.

Also, if you can believe it, OZUNA HAS DONE THIS BEFORE: