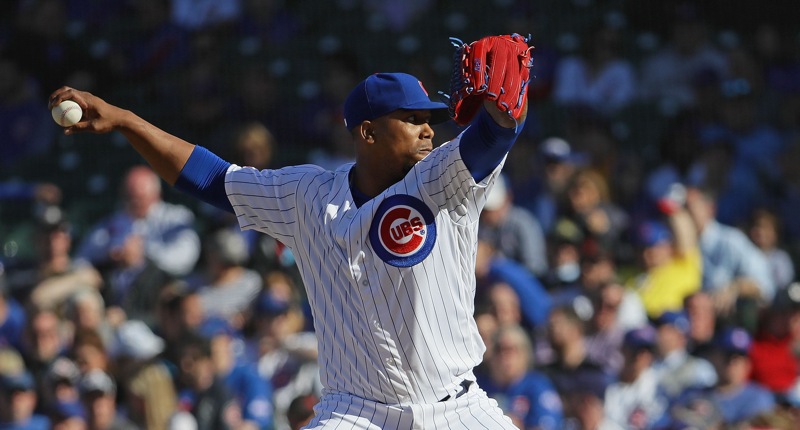 It would be insane to proclaim any kind of “fix” in place for the Cubs’ bullpen after just a couple successful days, but this is definitely the kind of performance you were hoping to start seeing once the Cubs sorted out roles and figured out maximum comfort zones for the pitchers in the pen.

On Sunday, with Kyle Hendricks getting pulled after just 4.0 innings of work, it was up to the beleaguered bullpen to keep the game within reach, and they did exactly that, with 4.0 scoreless innings.

Yesterday, with Jon Lester injuring his hamstring in the second inning, the bullpen had to cover 7.0 innings for the team to get the win, and they did so without letting up a run.

Add in a scoreless final inning on Saturday, and the Cubs are now suddenly up to 12.0 straight innings of scoreless work out of a bullpen whose ERA before that stretch was solidly in the 10.00 range. Now, it’s still quite ugly, but significantly improved:

Hey, for a bullpen group whose ERA was tickling ten just a few days ago, this is pretty great change to see. https://t.co/gsVkE9ldUb pic.twitter.com/xhqRSat8y9

Certainly, longer-term confidence is going to require a much larger stretch of relief success, but it’s been nice at least to see guys starting to emerge as usable options after the weekend reshuffling (Carl Edwards Jr. to Iowa, Mike Montgomery to the IL, Kyle Ryan and Allen Webster up with the big league team). And with Brandon Morrow, Tony Barnett, and Xavier Cedeño all successfully rehabbing right now, the Cubs could soon have more useful bullpen options to sort through.