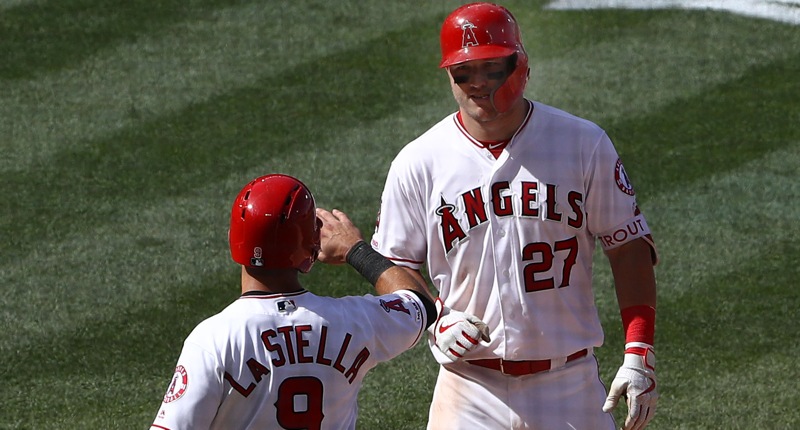 The Brewers are currently out in Anaheim taking on the Angels, and although I am not Scoreboard Watching just yet (let’s get to May at least, right!?), there are a couple notable things I wanted to mention from last night’s game.

The other big thing I wanted to point out from the series is that Mike Trout left last night’s game early with a mild groin issue, which might keep him out of the lineup for at least today against the Brewers (bummer). From the sound of things, it isn’t considered serious, though, which could mean he’ll be full-go when the Angels come to Wrigley Field this weekend.

“I felt it running to second base in the first inning,” Trout said, per MLB.com. “I wasn’t worried about it. Then I got in the dugout, I still felt it a little bit. I went in the outfield, started getting a little worse. Just didn’t want to push it. Obviously I wanted to go out there pretty bad, just go back out there, but it’s better to take time now than it is if you go out there and blow it out.”

So, yeah, we’ll see what happens today, but it seems highly likely Trout will sit out today’s series finale against the Brewers, and then get Thursday’s off-day to rest up for the Cubs at Wrigley Field this weekend. Which means the Cubs will have two terrifying power hitters to worry about …