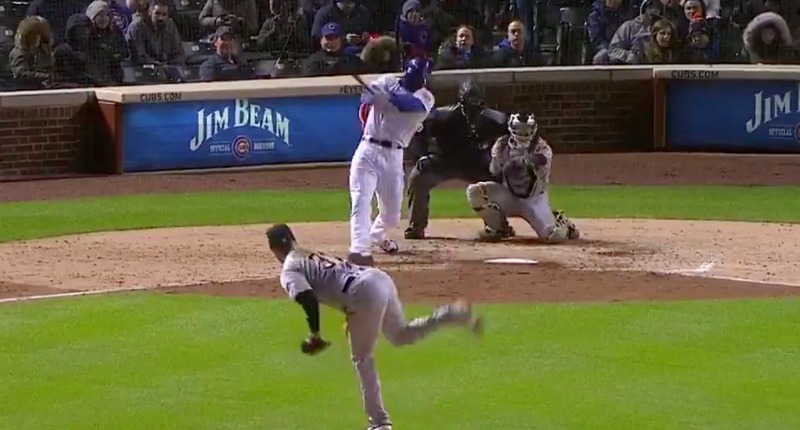 Last season, Jason Heyward hit a total of 8 home runs. It took him until June 16th to hit his fourth homer of the year.

Today is April 10th and Heyward just hit his 4th home run of the year:

That homer was sent out at 105 MPH and traveled 400 feet to deep left-center field – an absolute beauty.

That was also Heyward’s second hit of the night (he hit a line drive single to right field in the bottom of the third) and he is absolutely locked in right now. He’s only taken 40 plate appearances this season, but he’s currently slashing .364/.450/.727 (186 wRC+). That’s the guy we want to see.