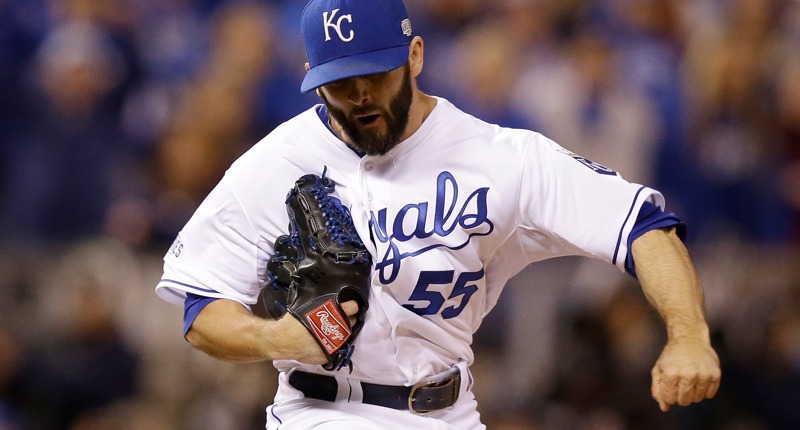 He was my guess as a roster replacement for Jon Lester, and it looks like it’s going to happen today for 29-year-old lefty Tim Collins.

The Cubs are calling up lefty Tim Collins to take Jon Lester's (hamstring) place on the roster, according to a source. Collins was signed very late in the spring after spending time with the Nationals last year. He had back-to-back Tommy John surgeries… https://t.co/3Q7b34wCN6

The Cubs snagged Collins right at the end of Spring Training, which was part of the reason he headed to Iowa to open the year rather than displacing a lefty like Randy Rosario.

As we wrote about Collins, a two-time Tommy John survivor, when the Cubs landed him:

Collins, who was originally overlooked because of his height (5’7″), began his professional career in the Blue Jays system back in 2008. By 2010, he had posted a 2.51 ERA (2.29 FIP) at Double-A with a 42.7% strikeout rate and 9.4% walk rate – the sort of performance that ultimately put him on the national radar as an intriguing trade piece. Minor league relievers rarely draw that much attention, but Collins was good and did.

Uniquely, Collins was actually traded twice in July 2010, first to the Braves on July 14th and again two weeks later to the Royals. After succeeding in Double-A with the Braves (1.13 ERA) and eventually Triple-A with the Royals (1.33 ERA), Collins earned his call to the big leagues as a 21-year-old(!) at the start of the 2011 season.

But then it was a long road for Collins thanks to the injuries, and he only finally made it back to the big leagues last year with the Nationals.

Theo Epstein is a big fan, as he explained prior to the season.

“I love his competitiveness,” Epstein told the Tribune at the time. “He’s someone who never backs down and goes right after guys. He really has a ton of self-belief and he’s got legitimate stuff too. He’s got an above-average fastball and knows how to use it up in the zone. He’s always had a very good curveball and has developed a cutter that gives him another look against lefties that he can use as a chase pitch, and a (he’s) guy who can miss a bat. That’s an interesting different look than some of the other left-handed relievers we have who have their own strengths.”

Collins has made just three appearances so far at AAA Iowa, so there’s really not much of a sample to deconstruct, but at least he has only one walk on the year ….

Longer term, Collins will have a chance to stick in the pen if he shows his effectiveness is back. He could, for example, replace Rosario when Lester returns, as Rosario could be optioned to Iowa.

UPDATE (Michael): According to multiple reports, the move is now official:

#Cubs make it official. Lester to IL. LHP Tim Collins recalled from Iowa. Will wear No. 37.