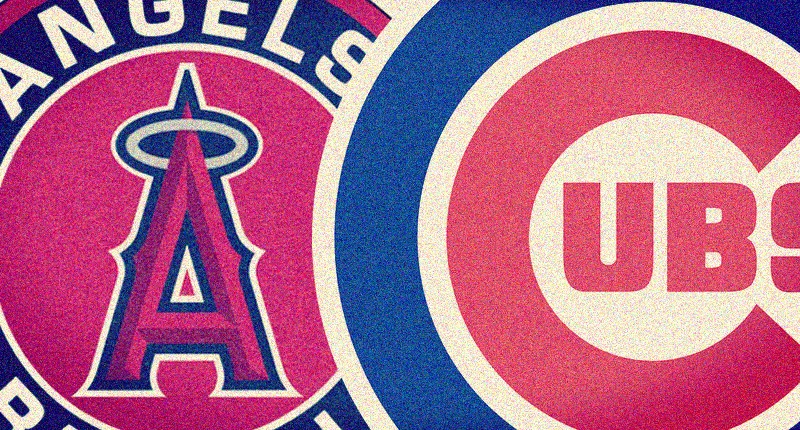 When I looked at the Cubs 2019 schedule over the offseason, I circled this series on the calendar in big red ink. It’s not too often the greatest player in baseball history, Mike Trout, makes his way to Wrigley Field – especially because the Angels, are, like never in the playoffs (poor saps). So it was something I wanted to see in person.

So I’ll be there on Saturday and I’m very excited (even though Trout might actually be injured!). It’s also my first game of the year, too, so there’s that.

I’ve actually seen Trout play in-person only once and it was during Spring Training 2016, for just a couple of at-bats. I did strike him out in both, though, so I guess that’s pretty impressive. I’m basically the best pitcher in MLB history, by default then, right? Your words not mine.

The Chicago Cubs (4-8) started the year out with a brutal 1-6 stretch, but have since gone 3-2 against the Brewers and Pirates, with some nice performances out of the bullpen and rotation to boot. However, they’ve also lost some key players to injury along the way (Jon Lester, Mike Montgomery, Victor Caratini), so … it’s been a bit of a mixed bag, even in this past week.

The Los Angeles Angels (7-6) just swept the red-hot Milwaukee Brewers and I could just kiss them on the mouth. Now if they could just shut down that momentum for the weekend, that’d be great.

Cubs Pitcher: Tyler Chatwood. How can all eyes not land on Chatwood this weekend. With Jon Lester and Mike Montgomery both out at the same time, Chatwood is getting another opportunity to start so soon into the 2019 season. I don’t think any of us really expected that to happen, but here we are. It does help that he’s looked better in each of his last two multi-inning appearances out of the bullpen. Who knows, maybe he’ll pull it together for a few solid innings.

Cubs Player: Kyle Schwarber has hit a bit of a wall, here, eh? After a really nice stretch (with his power on full display), Schwarber has just one hit in his last 12 plate appearances, with a six-straight-strikeout stretch mixed in. It’s a small slump, and let’s hope it dies small.

Angels Pitcher: Trevor Cahill (former Cub) has had a fantastic start to the season, with three straight 6.0 IP starts. He’s walked just two batters total, while striking out 16. Teams have been able to elevate off him a bit, which means he hasn’t been perfect, but he’s certainly been very good. Hopefully, the Cubs have enough familiarity with him to know what he’s bringing.

Angels Player: Mike Trout is actually dealing with a groin injury right now and might not be ready for today’s game. Indeed, last I checked they’re still considering a trip to the injured list, though he’s reportedly day-to-day. Sigh. I – personally – want him to play.