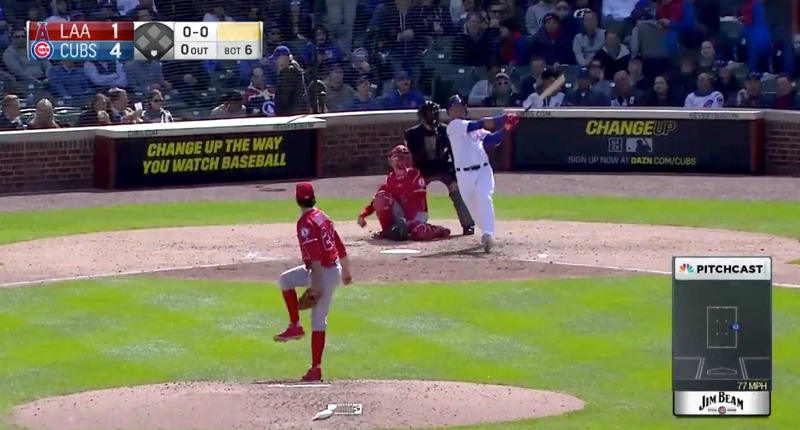 In the bottom of the first inning today, Willson Contreras parked his fourth homer of the season 460 feet away from home plate and right onto Waveland Avenue. With all the stadium expansions/renovations over the years, that’s not as easy to do as it once was (and it was never very easy).

And then he did it again.

In the bottom of the sixth inning, Contreras launched his fifth home run of the season and second of the day to give the Cubs a 5-1 lead. Statcast had that one at 109 MPH off the bat and 443 in total distance.