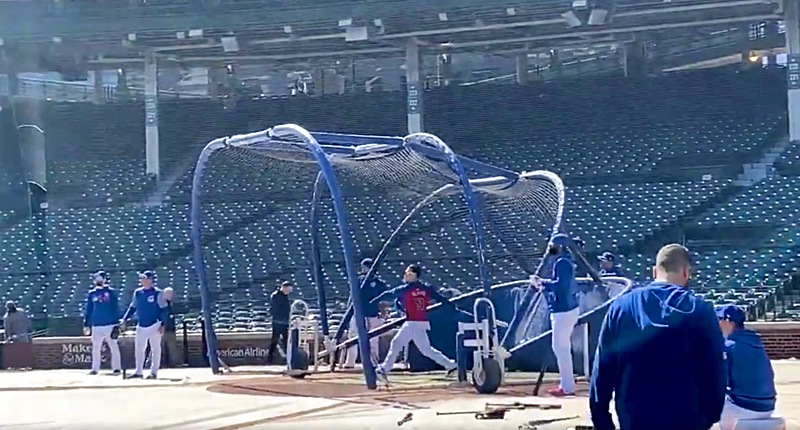 Did you know that Javy Baez’s first name is Ednel? Or did you think it was actually El Mago?

Sometimes I wonder, because the guy is just so magical in every way that it would be appropriate if his name literally indicated he was a magician.

For example, Baez, who is nominally left-handed but does everything on the baseball field like a righty, took some batting practice today as a lefty … and did this:

And these weren't cheap shots. Both blasts went about 10-15 rows up the right-center field bleachers. pic.twitter.com/GsHnAwL3pZ

You can tell from the sound and the turned heads that Baez is getting these. Not a bad looking lefty swing, either.