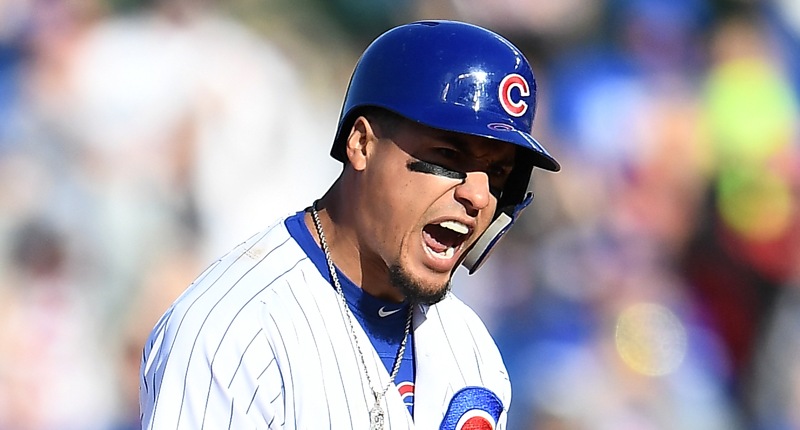 Game of Thrones returns tonight for the start of its final season, and although I’m happy to see what the final year has in store – especially after the terrible taste I’ve had in my mouth for nearly two years thanks to the pile of crap that was the penultimate season – I’m also sad to see the culture of it go. Thanks to the fundamental changes in television that have played out slowly over the past decade, I suspect GOT might be the final show that a huge swath of people are all all watching live together, week by week, and unpacking together.

I am also afraid that this final season is going to suck, since last season was the absolute worst mix of terrible Hollywood tropes the showrunners could find. Gulp.

Chris Davis knocks a 2-run single in the 1st. 💪 pic.twitter.com/E9emfDa6B5

Get him that baseball!

The Cubs bullpen walk rate spiked again yesterday (and it probably cost them the game), and I can barely look at it without bleeding from my eyes. pic.twitter.com/vq8auvFE8s

Bourjos was playing no-doubles defense in center in 9th and Baez pulled off a double anyway.

Maddon: "I trust him. Obviously, a great play. I think he surprised Bourjos a little bit, because he didn't really come after it hard or throw it hard. So, I think Javy read it right." pic.twitter.com/jGZH2Hngpa

This must be the first time a fan has ever stolen a foul ball from a Cubs player at Wrigley Field.

At least he said sorry. pic.twitter.com/EZ0mrUJjWR

It's how a true badass gets ejected from every single game, but without hurting his team.

"The Cubs have walked it off! This is incredible! What a shot by David Bote! … and, wait, Kyle Schwarber is mooning the first base umpire for some reason … and he's been ejected again." https://t.co/PXQIMWnoYP