The Cubs Came Back Quicker Than Tiger, Jackie Robinson Day, Darvish Start, and Other Bullets Skip to content 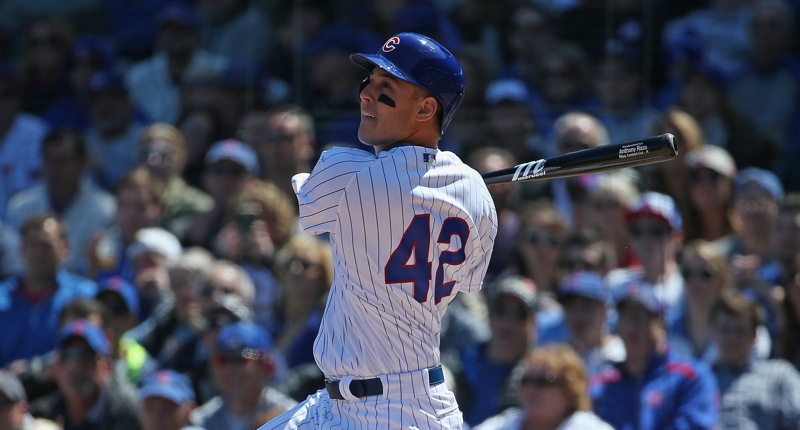 It was a pretty surreal exercise playing the “where was I” game yesterday as Tiger Woods won his first major in over a decade. The last time Tiger was Tiger, the Cubs were dominating all comers in the 2008 season, and hadn’t yet been swept out of the NLDS for the second straight year. (CURSE YOU, MANNY RAMIREZ!) The Cubs’ comeback took much less time than Tiger’s.

It doesn’t feel like he was coming back for that long, but it really has been such a long time I was still a lawyer in my 20s. Bleacher Nation was just an idea for a site I’d wanted to do for a long time, but it wouldn’t exist for a few more months. I had no kids. I was only barely married. I had never heard of ‘Game of Thrones.’

What a comeback, and what a GIF opportunity.

We are forever grateful for Jackie Robinson’s leadership and bravery. #Jackie42 pic.twitter.com/JGUglPIgl5

When the @Cubs drafted me in 1991, I knew it was a chance to reach the @MLB dream. I also began to understand how much I was an extension of what Jackie Robinson started. #MLB #Cubs @NBCSCubs https://t.co/rlsilNUugT

#JackieRobinsonDay
after a white New Orleans sportswriter complained about Jackie talking too much about race and racism. pic.twitter.com/0IpqWutJO4

Today is Jackie Robinson Day around MLB, honoring a man to whom the sport – and really all of us – owe so much. (pic via #Cubs on Twitter)

Happy Jackie Robinson Day: #MLB redoubles its efforts to make change with only 7.7% African-Americans on opening day rosters on the centennial celebration of Robinson’s legacy. https://t.co/2yEQl3YJju

Robinson was not just a great baseball player. He is the only student in @UCLA history to letter in four sports. pic.twitter.com/tmBtdD9Uzk

When Jackie Robinson took the field for @Dodgers on April 15, 1947, it was more than just the first step in righting a historical wrong; his @MLB debut was a crucial event in the American civil rights movement. @SABRGames story on his debut: https://t.co/1PNe4NVGpq #SABR pic.twitter.com/Fg5TAxO2md

The Cubs have fought the city tooth and nail for more night events and games, a battle that led to Wrigley Field hosting nine concerts last summer and a record 10 the year before.

This summer, only two are scheduled, both by the same band.

Heads UP: it's a clearance night at Fanatics, which means up to 65% off Cubs gear. Peruse right here and treatyoself: https://t.co/vnqaXsRT3N pic.twitter.com/t0GQy0t9Tw