Maddon on the Role of Manager, Collins Look, Cubs Prospects Power Up and Other Bullets Skip to content 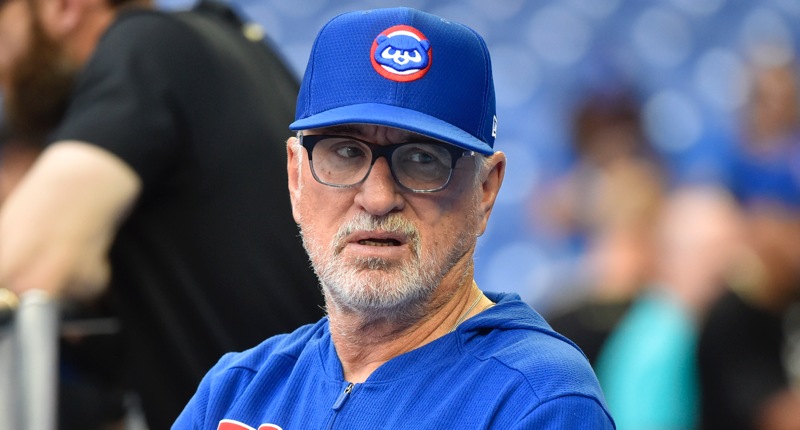 We are 10 days away from ‘Endgame,’ and I am going to have to figure out a plan to see it pretty early so I can avoid spoilers. The memes start right away with these things, and because of that, the ending of ‘Infinity War’ was spoiled as soon as I opened Twitter the next morning (“Mr. Stark, I don’t feel so good … “). Heck, apparently a bunch of footage just leaked online earlier this morning. AVOID SPOILERS!

"The manager – he’s not the one who’s driving the bus as much as he used to be.”

2/3 of Tim Collins' body is his beard. pic.twitter.com/9sv1dmaiNg

It hasn’t been a scorching start at the plate for Amaya … who only just turned 20, is a premium defensive catcher, and is hitting at in the offense-depressed Carolina League. But he’s got a walk rate near 10% and an ISO of .250, each of which are things you really, really want to see. That strikeout rate is near 30%, and that’s a problem he’ll have to balance out. But, so far, I’m actually encouraged by the power.

Speaking of Cubs prospects who homer, Bryan wrote about Trent Giambrone’s power continuation at AAA Iowa this year … and then he promptly homered again, his third in three games, and fifth on the year. Dude is up to an early-season, whacky small sample slash line of .302/.302/.767 in 43 plate appearances.

ICYMI: Hey, you should read this Trent Giambrone story while I have your attention. https://t.co/JXya8ngIHm

Robbie Gould Didn’t Show Up for 49ers OTAs and Doesn’t Seem Eager to Do So https://t.co/7p7dMFZDle pic.twitter.com/n3hwHtqRNy