Bryzzo is Struggling Equally, But in Different Ways - What's the Story with Anthony Rizzo? Skip to content 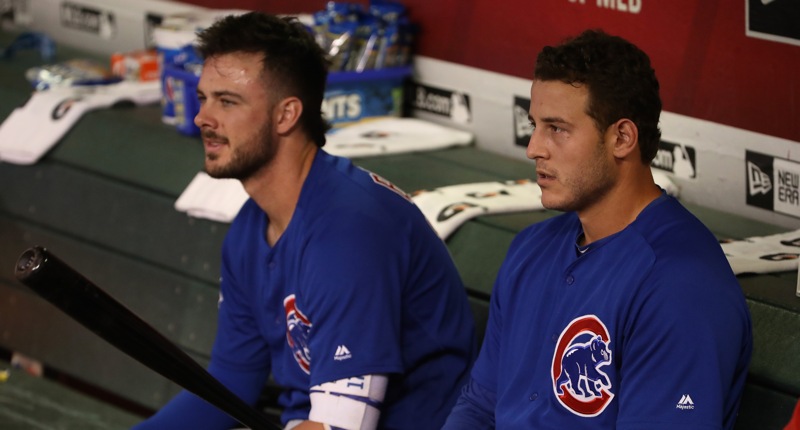 Although Kris Bryant has received the bulk of the “oh man, what’s wrong” chatter this early season, his partner in the Bryzzo Souvenir Company hasn’t been generating a lot of take-home merchandise either.

In fact, through these first 16 games of the season, the two have produced equally rough overall production:

With Bryant, as we’ve discussed, the issue seems to be about timing and mechanics at the plate, resulting in foul balls, whiffs, and groundballs. For Rizzo, the issues are a little different.

Interesting on Rizzo's elevated strikeout rate this year: it's almost exclusively because he's taking WAAAAAAAAY more strikes so far this year than in the past. His swing rate in the zone is down 10.5 percentage points, and is among 11 lowest in baseball! pic.twitter.com/mZQiZX3uUK

So, that’s definitely one thing here in the early small sample for Rizzo. But then there’s also the quality of his contact, which, on first blush looks fine, because he’s hitting a lot of fly balls and has a huge hard contact rate. But how does he have a ridiculous .167 BABIP and only four extra-base hits?

Well, the thing is, Rizzo is hitting the ball as hard as he ever has, but his launch angle has grown too steep on those well-struck balls.  Well, I suspect, anyway. Rizzo’s launch angle this year is 18.2 on average, which is up 4 degrees from last year, and is actually a *great* launch angle. For example, in his huge 2015 season, his average launch angle was 17.3 degrees. This can be a good range for him!

Here’s your visual on Rizzo’s launch angle from 2015 and then from this year, and you tell me if it’s easy to spot the huge difference, even though the average launch angles are the same: 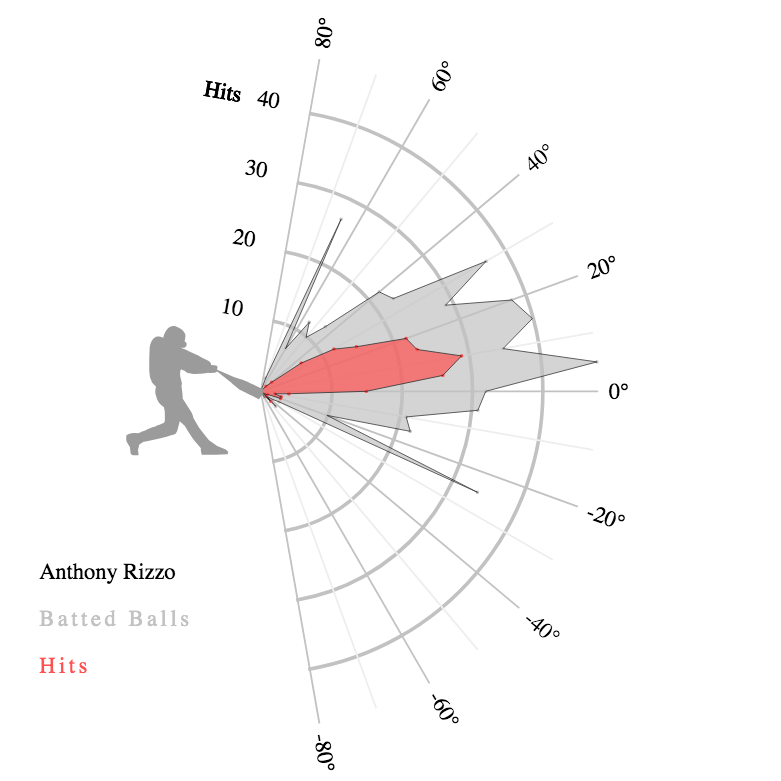 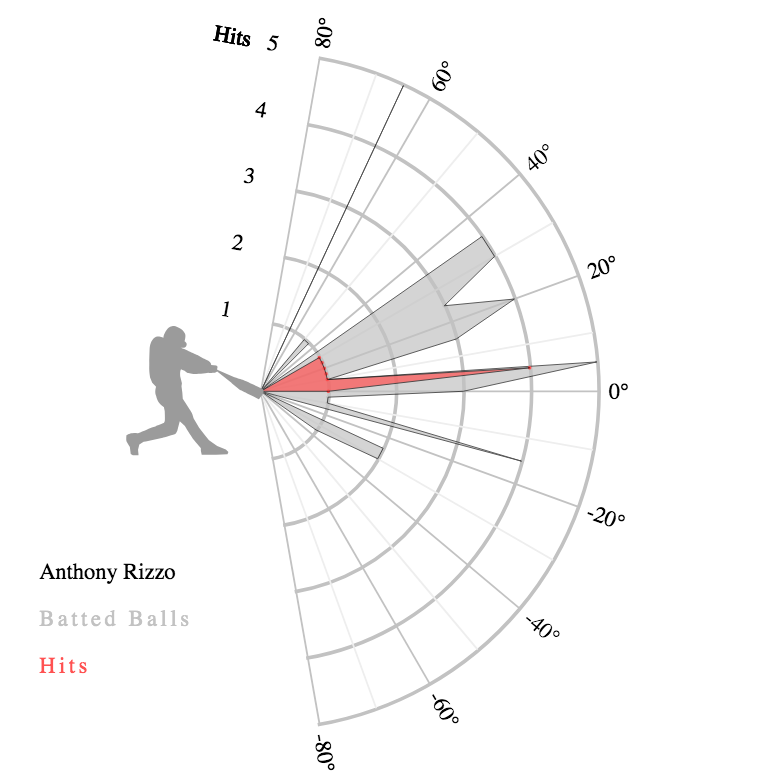 Not too hard to surmise that Rizzo just isn’t squaring the ball up right now in the way he can. So that’s your explanation for the early struggles (probably plus some bad luck).

Ultimately, as with Bryant, I’m far from *worried* yet about Rizzo, who may have seen some modest decline as he approaches 30, but is so consistent at the plate if you give him a large enough sample. Like Bryant, if Rizzo’s not hurt, then I’m not worried. These guys are too good, too established, and too nimble for me to think that any two week sample is fundamentally indicative of broad problems.

Instead, it’s just performance to describe and information to note. None of it has predictive value right now.