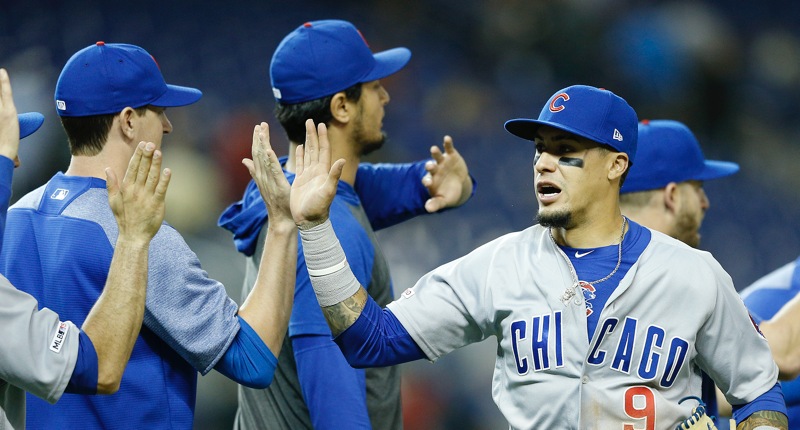 Another morning of waking up to my hand bit up by one of our cats. It’s not really her fault. She’s very old and almost entirely blind, but she loves to sleep up by my head. When I move in the night and extend my hand out under my head, sometimes it bumps and startles her, so she reacts. I don’t know how much longer she has left, though, so I don’t have the heart to make her sleep anywhere else. Someday I might miss these mornings of bandaids and Neosporin.

Christian Yelich is straight OWNING the Cardinals this year.

Home runs against the Cardinals over the last two seasons…

The good news for them is that, after next Wednesday, the #STLCards have four months to figure out what to do with Christian Yelich. They don’t see Milwaukee again until mid-August.

When Ian Happ was sent back to the minors, he asked for the help of Chris Valaika. How the former Cub is helping Happ get back to the majors and what he thinks he has to fix. https://t.co/VTqhHF3ket

Did you see him tag the baseball pic.twitter.com/3teXb1tuQl

The Cubs have won 6 of their last 9 games.