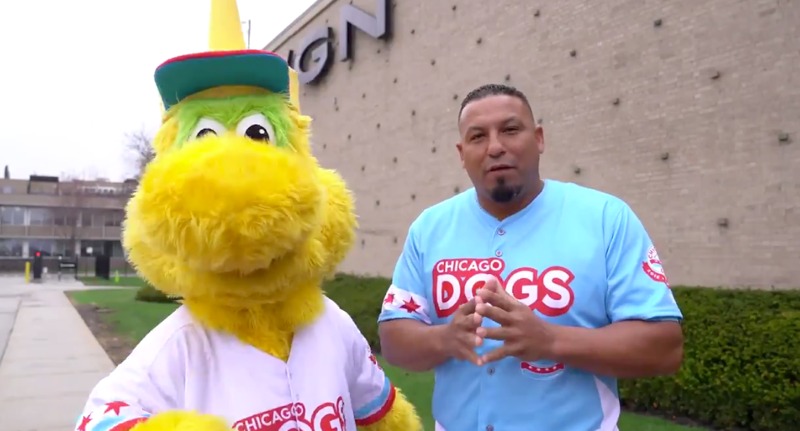 Despite a somewhat tumultuous career in Chicago, Carlos Zambrano is always going to be a special piece of my Cubs fandom origin story.

The guy spent 11 seasons with the Chicago Cubs, spanning three playoff teams (2003, 2007, and 2008), made three All-Star teams, himself, and won another three Silver Slugger awards. And given everything he contributed on the mound, at the plate, and even off-the-field (just in terms of pure entertainment), I’ll always consider him a huge part of my personal Cubs story.

BUT if you can believe it, Zambrano, who debuted at age-20 in 2001, is still only 37-years-old. And that means he’s not done pitching, yet – not even in Chicago.

No, he hasn’t made his way into the Minor League organizations of either the Cubs or White Sox (though he is trying to get back to the big leagues), but the Chicago Dogs have given him a shot and now he wants us to support him:

The Chicago Dogs, if you’re unaware, are an independent professional baseball team based out in Rosemont. And, obviously, their team name alludes to the famous sandwich … a Chicago Style Hot Dog (what a great name). They’re part of a 12-team league, broken up into two divisions, and just had their first season last year.

I don’t know when Zambrano will debut for the Dogs this year, but you can check out their full schedule right here. Their first game this season is on Friday, May 17th, and depending who’s schedule to take the mound … I might just see you there.

You can read more about Zambrano’s comeback here at The Tribune. He’s apparently lost some weight, is throwing up to 93-94 MPH, and is looking to return to the big leagues as a reliever.

We wish the best of luck to Zambrano and, of course, our Chicago Dogs.