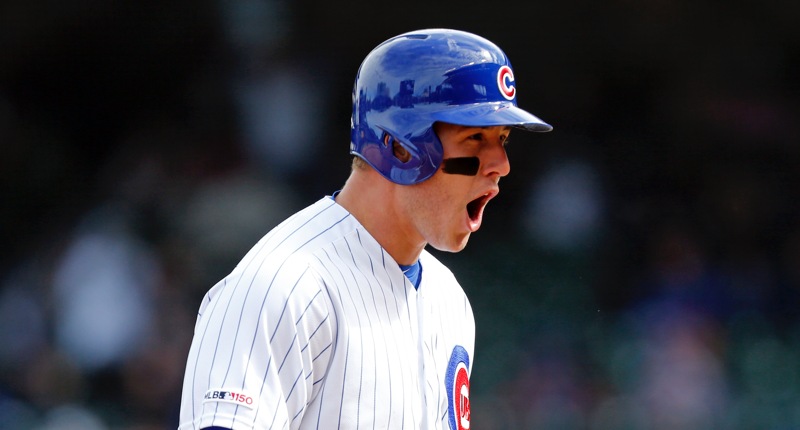 The Chicago Cubs are once again a .500 team! Happy Friday!

That’s not even me being entirely sardonic, because, while these Cubs should be considerably better than .500 when all is said and done, I don’t think you can feel anything but good about how quickly they returned to that level after such a disastrous start to the season.

If that’s not enough joy to send you into your Friday night shenanigans, allow me to offer up one of the rarest feats of all: an Anthony Rizzo triple.

Having just 15 total career triples coming into today, and having recorded just one last year, it is a fun event whenever Rizzo hits one just right to net himself a three-bagger.

Today’s was no exception:

Wow, he’s now on pace for like 12 triples this year. That’s wild.

Off the bat, you knew that was at least two for Rizzo, who always sees the outfield shifted over. But I can’t believe he even went for three, given that almost any left fielder should be able to get that one in to cut down a slow-ish runner like Rizzo with ease. Bold, Anthony. I like it.

I also like that the nature of early-season small samples is such that a good day at the plate today for Rizzo meant that his slash line climbed to .169/.341/.354 and a 92 wRC+. Keep on climbing!