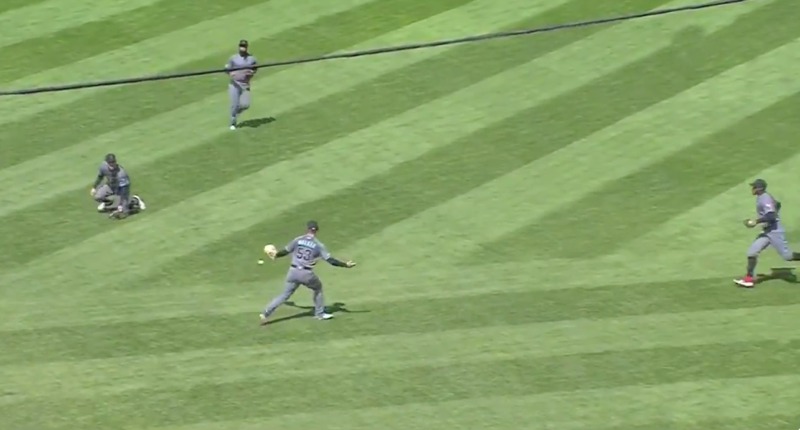 In his first at bat of the game, Kris Bryant was saved not once, but twice by the windy weather at Wrigley Field, where two would-be pop-ups found the seats in foul territory and prolonged his at-bat. Eventually, he took a free base on balls.

But then, just an inning later, Bryant came to the plate with two outs and the bases loaded, before seemingly popping up to one of the infielders, which would’ve ended the inning (an inning the Cubs had started by loading the bases with no outs, mind you).

Hey! Thanks wind! Now stop for the top half of the inning, please.

Jordan Bastian helps us out with some additional details (and I just can’t stop laughing at these routes):

The Wrigley wind helps the Cubs in the 2nd. A skied fly ball from Bryant heads to center and lands in right. A wind-blown, 2-run double. Just look at the path Wilmer Flores traveled here. That'll hurt the ol' route efficiency. pic.twitter.com/o4mxLCU9z0

Given the way Bryant’s season had started (slow), these wind-aided plate appearances were very welcome.

And just for fun, here’s another look at just the madness: