The Last Time I Felt Really Good About a .500 Chicago Cubs Team
Search
Skip to content 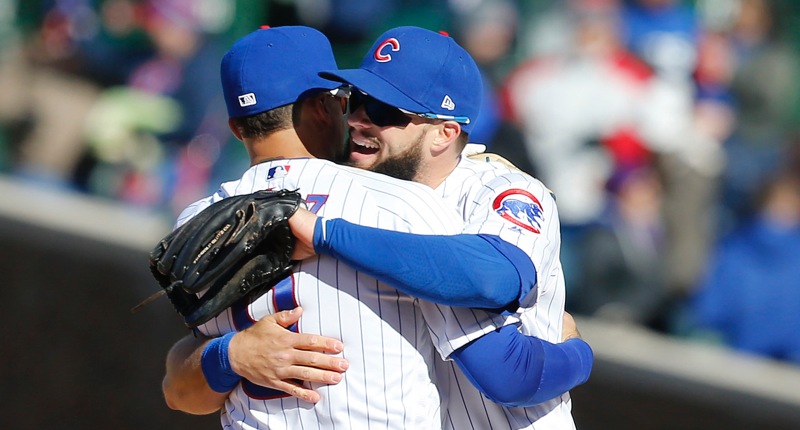 Late in the 2014 season, the Chicago Cubs tumbled along a seven-game losing streak that ultimately left them 64-83 in mid-September. Even for passionate fans of the team, there wasn’t any real sense of gravity associated with the losing streak, what with The Plan still in mid-swing and no expectations of a competitive year in 2014. What was happening was what was supposed to be happening.

And yet it was notable, because that period of time was also when we were seeing the arrival of the prospects who were supposed to be parts of the core, and the maturation of big league players who were expected to lead the charge going forward. That second half of 2014 remains one of my favorite periods in the current era, because we could really start to see what was coming, and it became very easy to justify the aggressive moves the front office made that offseason – grabbing Joe Maddon and signing Jon Lester, for example – based on what felt like it was happening.

That was when .500 felt really, really good.

You see, that seven-game September losing streak threatened to imperil the surprising success the Cubs had been having since the start of August, when it looked like the development and maturation was actually producing a very strong and competitive team. Don’t get me wrong: I don’t remember being bothered by the losing streak. But I do remember wondering whether the month and a half that had preceded it was just one of those flukey things, and we weren’t going to be able to go into the offseason feeling like, yeah, maybe this thing really is coming together.

After the losing streak, the Cubs managed to go 9-6 to close out the year. They were at exactly .500 since August 1 when they started their final game of the season, and it felt like such a positive. The Cubs went on to beat the Brewers 5-2 that day, with Anthony Rizzo carrying the offensive load, and four soon-to-be-very-familiar names each throwing a scoreless inning of relief to close out the win (Justin Grimm, Neil Ramirez, Pedro Strop, and Hector Rondon). Now the Cubs were a game above .500 since the start of August.

I can’t say that the Cubs now being .500 here in 2019, after their miserable start to the season – which featured a six-game losing streak – has me feeling as good as I felt back then in 2014. Life as a Cubs fan was so different at that time. But I can say that I feel as good right now about how the Cubs have turned this ship around as I’ve felt at any one particular moment in the last two years. Maybe it’ll all fade away quickly under the strain of injuries and bullpen challenges and a competitive division. But at this moment, things just feel good and nice. And positive as I look ahead, not entirely unlike how I felt back in late 2014.