Win Probability Fun: Which 3 Hitters and Which 3 Pitchers Have Helped the Cubs "Win" the Most? Skip to content 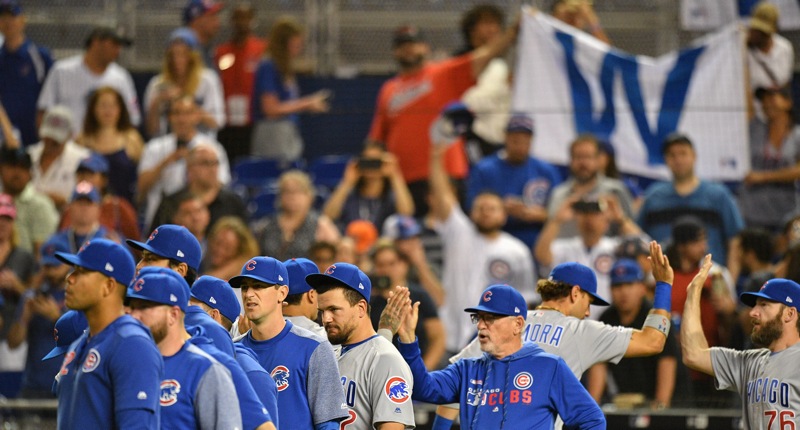 Now this is some off-day fun if you ask me. And you are here, reading this, so in a symbolic way, you *DID* ask me!

I’m not huge on Win Probability Added as a stat to track throughout the course of a year from which to divine meaning. That is to say, I don’t think it has that much predictive value (if any), and its descriptive value is pretty much limited to the kind of fun we’re going to get into in this post. But, hey, that’s not nothing.

For example, if you hit a 3rd inning grand slam in a game your team is already winning by 10 runs? The WPA you net is going to be pretty small. But if you hit a two-run single in the bottom of the 9th to win the game 2-1, you’re going to get a buttload of WPA. You can see why it’s a really “fun” stat, but maybe not necessarily the most value-oriented or predictive.

The answers are the charts from FanGraphs at the bottom of this post. I encourage you to try to guess the players before you look.

I’m gonna leave some space here for you to guess without accidentally seeing the lists.

This is that space.

You are almost out of space to do your guessing.

The charts are coming.

Don’t scroll down any further unless you’re ready to know.

How good are Krispy Kremes, man? 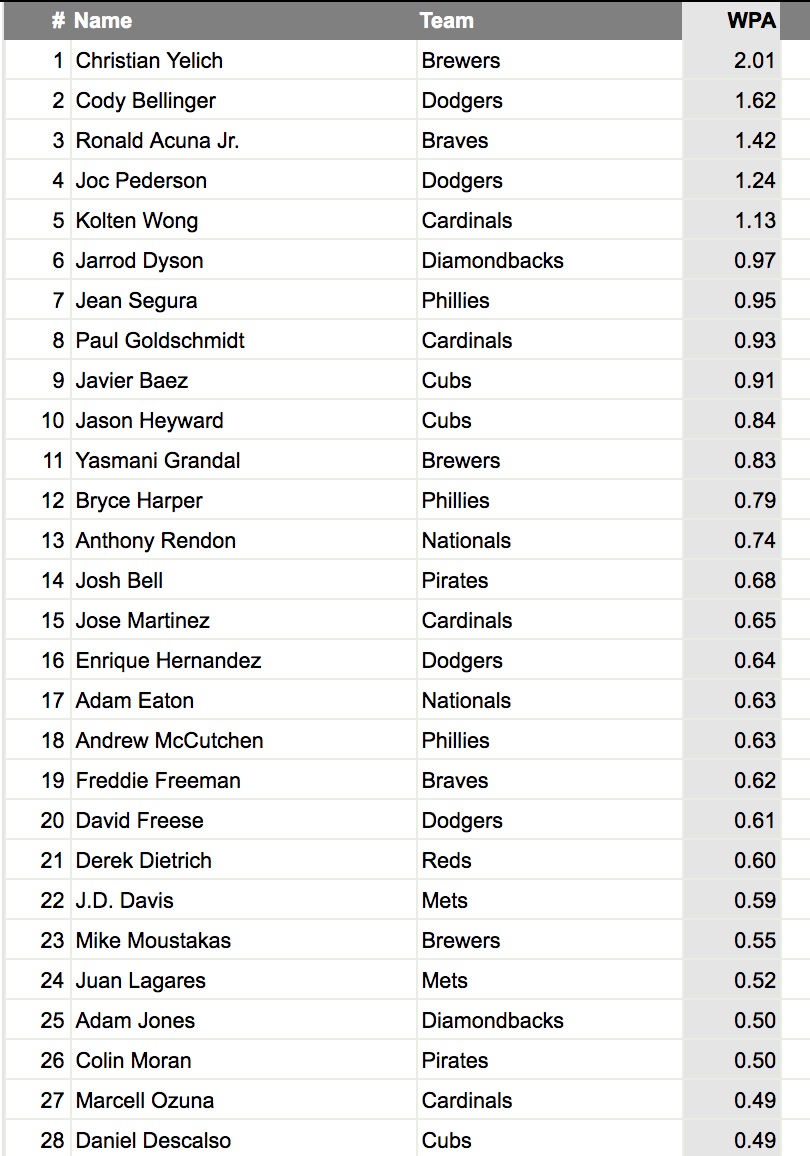 I knew Javy Baez would be on there, because he just seems to be involved in every big, decisive play this year in some way. I also knew that Daniel Descalso would be in there somewhere, because he’s just been crazy with the two-out, run-scoring hits this year.

I thought Willson Contreras would be up there, given his crazy hot start, but that’s the trick with WPA – he’s had some big “down” moments, so his net WPA is just 0.22, behind those three Cubs up there, as well as Victor Caratini, David Bote, and Anthony Rizzo.

Jason Heyward was, stupidly, the one I was missing. I knew he’d been very good, but I was kind of sleeping on how he’d been good at the right times, too. My bad.

You knew that Cole Hamels and Jose Quintana had to be on there, though Hamels is getting crushed, relatively speaking, by that Rangers start.

How about Tyler Chatwood, eh!?!? Obviously yesterday’s start plays a huge part in his total there, because he was just about flat coming into yesterday. That should tell you a lot about small-sample WPA figures, as fun as they might be.

In case you were wondering about Cubs relievers, Brandon Kintzler is the next man up, just behind Cole Hamels at 0.26. The next best reliever is Steve Cishek at 0.05, and then Kyle Ryan at 0.03. Then there are a bunch of small-sample guys, and the negatives start to hit. Pedro Strop and Randy Rosario are near the bottom of the entire list, falling behind Kyle Hendricks and Yu Darvish, even. But the bottom of the pack for the Cubs, 6th worst in the NL, is Carl Edwards Jr. at -0.79. Keep on working on things at Iowa, my man.