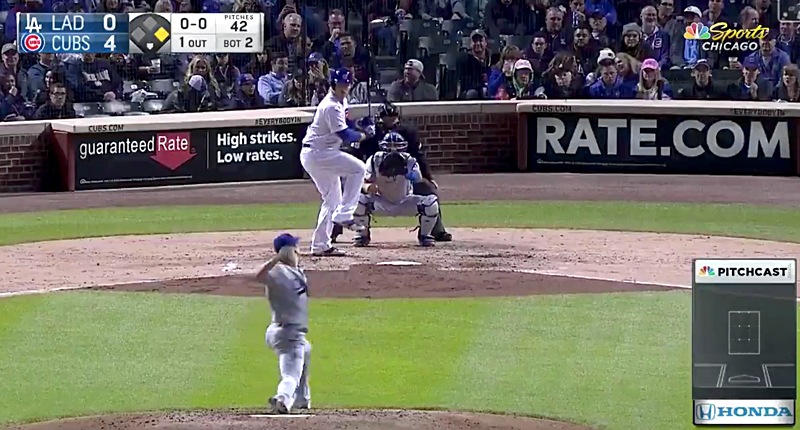 Fresh off a very productive weekend at the plate, Anthony Rizzo came into tonight’s game against the Dodgers reasonably “hot.”

Nicely incorporating the Game of Thrones Night there, #AtCubs.

Anthony Rizzo doesn’t hit a lot of opposite field shots by nature, so that was a fun one to see. In most parks, that probably doesn’t go out, but it probably does still go for two bases, as Rizzo scalded it.