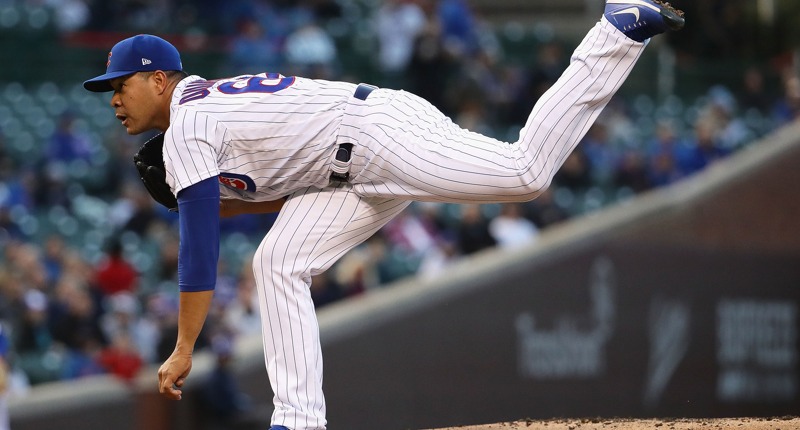 On June 9th, 2014, Jose Quintana threw seven shutout innings against the Blue Jays in Toronto. He struck out seven batters and walked just two along the way. In his next outing, he went 7.2 scoreless innings against the Mariners, with 10 strikeouts and just one walk. And to cap off what was clearly an impressive stretch of starts, Quintana allowed three earned runs over 7.0 innings in Boston with another 7Ks and 2BBs against the defending World Series champs.

According to my own VERY PROPRIETARY math formula, that was the best three-start stretch of Quintana’s entire (relatively long) career.

Last night, Jose Quintana made it through 7.0 innings against the Dodgers and although his scoreless streak finally came to an end, he allowed only 2 earned runs on 4 hits and 2 walks with 7 strikeouts. It was yet another very good start for Quintana – his third in a row – and this time, against a very good team.

But here’s the really fun part, this three-start stretch was at least as good as that first, best three-start stretch of his career: 21.0 IP, 14H, 2ER, 3BB, 25Ks. He allowed five more hits this time around, while getting two fewer outs overall, but he struck out one more batter and walked two fewer.

So basically, the Quintana we’ve seen over his past three starts is the best version of Quintana anyone has ever seen over such a stretch. Moreover, when he did it the first time (2014), he wound up having the best season of his career: 200.1 IP, 3.32 ERA, 2.81 FIP and 5.0 WAR.

I don’t know if Quintana will finish this season as strong as he did with the White Sox five years ago, but even with his god-awful start in Milwaukee earlier this year, his season numbers are looking mighty-fine … and really close to his season-long numbers back in 2014: 3.21 ERA, 2.90 FIP.

Naturally, Quintana is feeling himself right now: “I feel great. I’ve been throwing the ball well the last few starts and all of my stuff is working really good,” he said via Cubs.com. “That’s a pretty good team. I just tried to hit my spots. We know how dangerous they are when you pitch from behind.”

Check out more positive comments from his catcher, Willson Contreras, and his manager, Joe Maddon, at Cubs.com.

As Quintana pointed out – and Brett mentioned last night – Quintana just looked the part last night. He was commanding his pitches well – while using his entire arsenal – and locating everything with ease. He didn’t rack up whiffs (9) or limit the hard contact particularly well (38.9%), but he kept a lot on the ground (47.1%) and in the zone. And again, this Dodgers offense has been one of the best in baseball this season, so they’ll get theirs.

It’s still too early to tell which way the rest of his season will break, but as of today, Jose Quintana has essentially been one of the top 20 or so pitchers in all of baseball. And that’s just what he’s capable of being, and just what this Cubs pitching staff needed.