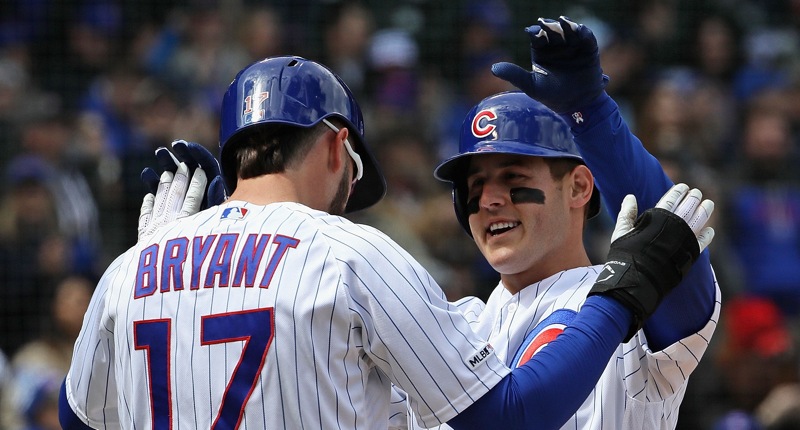 But, when Kris Bryant got hit by a pitch and then Anthony Rizzo drove him in, that ultimately did prove to be the run the Cubs needed to hold on for the win:

That was part of a good all-around game for Bryzzo, something we haven’t seen much this year. But, despite their early and much-discussed struggles, each is starting to heat up. Check out their season numbers after last night’s game:

Neither is quite where you’d expect them when things all sort out, but neither has even reached 100 plate appearances on the year. I don’t think there is yet any real reason for worry, and it remains far more likely than not that each guy will be where he needs to be when the season ends. Last night was a nice step in that direction.