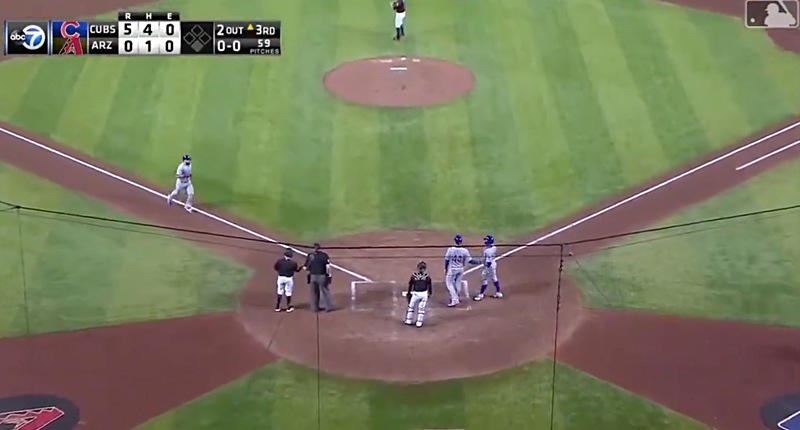 The Cubs put together a nice two-out rally in the top of the third tonight, with Kris Bryant doubling Daniel Descalso to third, Descalso getting balked in, and Rizzo doubling in Bryant. That set up Javy Baez with a two-out opportunity … and Zach Godley elected instead to walk Baez and take his chances with David Bote.

THIS GROSS DISRESPECT WILL NOT BE TOLERATED:

DID YOU REALLY WANT ME, SIR?

That was 469 feet waaaaay out to left, and it was 113.8 mph off the bat. You can barely hit it harder than that, and the sound was just glorious.