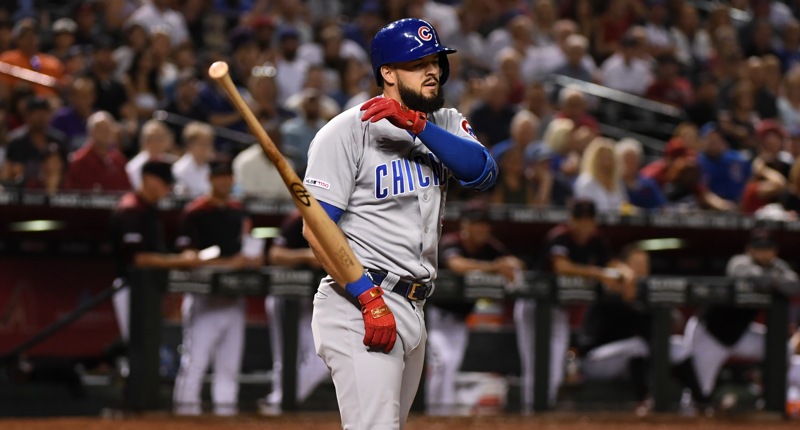 When he wasn’t getting plunked, David Bote was hitting the snot out of the ball last night. His two homers were the two hardest hit balls in the game last night (113.8 and 110.5 mph exit velocities), and traveled a combined 886 feet. Holy smokes. That’s a lot of feet.

I tend to think pitchers are trying to figure out what to do with this improved version of Bote, whose contact rates are just obscenely better than last year. It was a big concern after his debut season in 2018, as Bote’s contact rates were far below league average:

You don’t even need numbers. You can SEE the improvement. Look at his contact rates by zone last year, and then see this year: 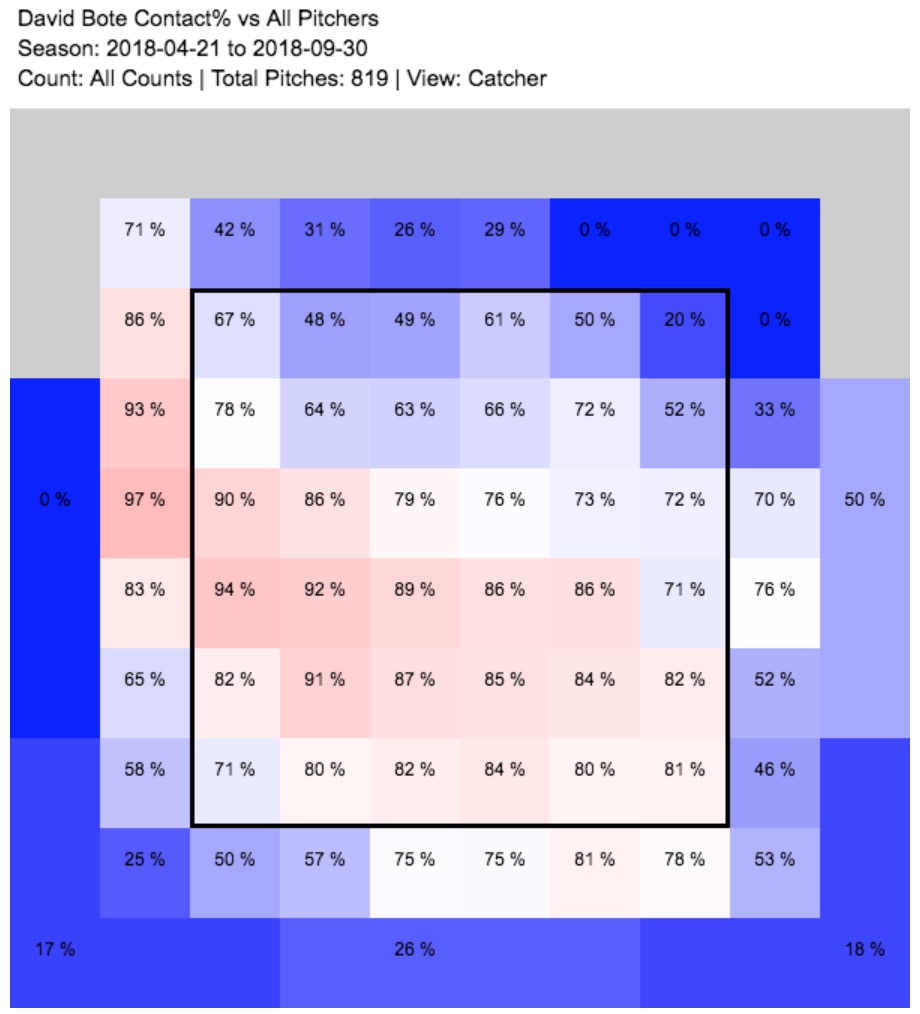 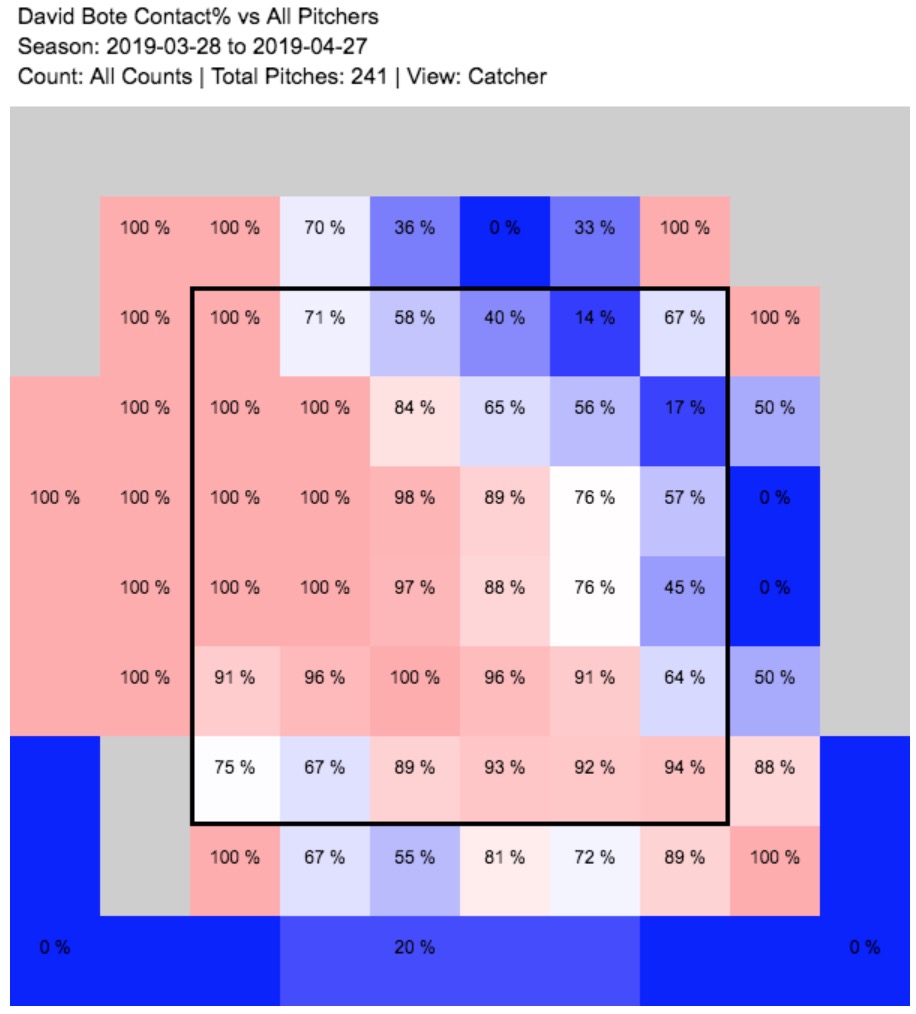