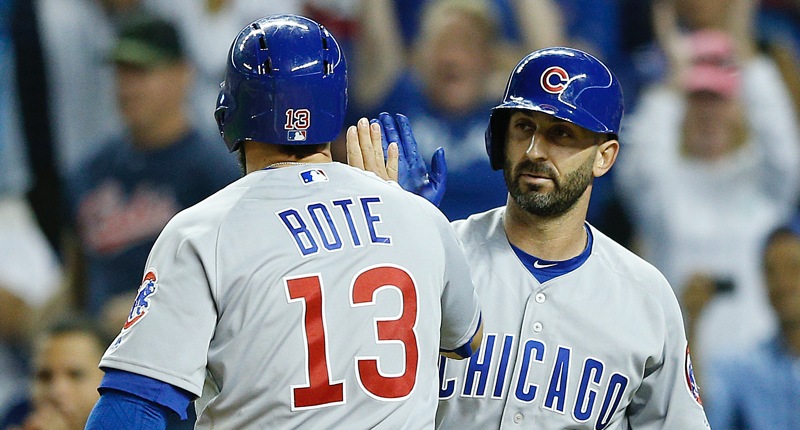 Turns out, his teammates – including the veterans on the club – were feeling the same way. And, despite Joe Maddon making out lineups for a series before the series begins, those vets pushed Maddon to make a change today:

A pretty incredible thing happened with the Cubs lineup today. Joe Maddon determines who's playing in each series before it begins and tells the players ahead of time. David Bote was not supposed to be playing today but after hitting 2 long home runs on… https://t.co/WOATnNwKEi

As Rogers reports, it very well may have been led by Ben Zobrist, who was supposed to start today instead of Bote.

That’s pretty darn incredible, and it says a lot not only about what the players think of Bote’s ability, but about the character of the men in that clubhouse. I’m floored right now. It’s awesome.

And the Bote story – a non-prospect org guy who worked his butt off and became a real prospect, earned an extension, becomes a real big league contributor – gets better and better.