Raise Your Hand if You Saved the Day Last Night ... And Your Name Is Tyler Chatwood Skip to content 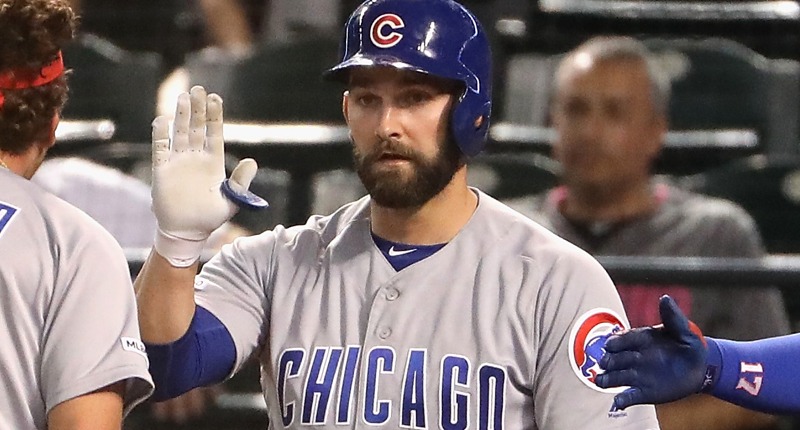 Last night’s Cubs game, which I was totally and definitely watching from 8:00pm-9:30pm CT, came to an end after 15 long innings, thanks to some not-so-obvious offensive contributors like Tyler Chatwood, Albert Almora, and Ben Zobrist. But it nearly ended a lot sooner than that.

In the bottom of the 13th inning, Cubs reliever Dillon Maples replaced Brandon Kintzler and got two quick outs. Hooray! Only not Hooray! Because after that, everything fell apart. Maples walked three straight batters, and did so efficiently: he needed only 15 pitches to walk them. Suddenly, the Cubs were four balls away from losing the series.

So what did Joe Maddon do with his back against the wall, the winning run 90 feet from home, and absolutely no room for wildness or margin for error? He brought in Tyler Chatwood, of course! But guess what? CHATWOOD CAME THROUGH!

After throwing a first-pitch ball, Chatwood pumped the zone with as much velocity as he could muster (reaching 97.8 MPH!) and got John Ryan Murphy to strike out on the next three pitches: 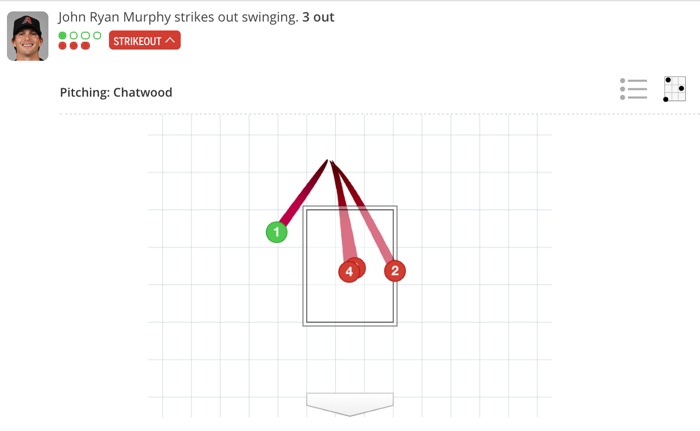 According to Statcast, those three strikes were 96.9 MPH, 97.8 MPH, and 97.4 MPH. Here’s a look at the final one that got Murphy and ended the inning:

Picking Tyler Chatwood for that spot was about as gutsy (one word for it) as a call gets – Chatwood has exactly ONE appearance without a walk throughout his entire Cubs career – but Joe Maddon was in a tough place. By that point in the game, he had already used his starter, Jose Quintana, plus Brad Brach, Steve Cishek, Pedro Strop, Brandon Kintzler, and Dillon Maples.

The only other relievers he had available were the lefty, Kyle Ryan, who had pitched a couple innings the night before, and Allen Webster – and both wound up getting into the game eventually anyway. So Maddon leaned on Chatwood, who got that strikeout and then pitched another scoreless frame (before hitting a double and eventually scoring the go-ahead run!).

Which leads me to my next point … you know, Chatwood’s actually been getting results almost all season long. Since Chatwood’s first appearance of the year (3 ER in Texas), he’s appeared six times, including his start last weekend. And his numbers during that stretch are certainly weird, but with good results: 12.2 IP, 1ER, 6H, 8BB, 11Ks. 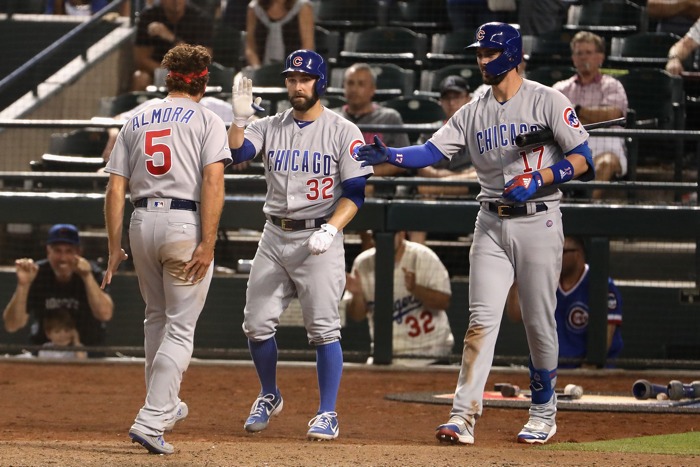 I can’t say he’s suddenly figured out how to live exclusively in the strike zone, because, well, he hasn’t. Indeed, his 15.7% walk rate is still really high, even if it’s a heck of a lot lower than the 19.6% mark he posted last season. You can’t live at that level for long unless you’re pairing it with an insane 40% strikeout rate, and I don’t see that coming for Chatwood. Long-term, if he’s going to succeed, that walk rate has to come down at least below 14%.

Despite that, it’s not like he hasn’t been pretty darn impressive in the meantime. During these last 12.2 IP (again, that’s excluding only his very first appearance of the year), Chatwood has a 0.71 ERA and a 3.29 FIP. Supporting those two very good numbers is a beautiful 56.3% ground ball rate and a 34.4% hard-hit rate that doesn’t look impressive until you realize the league-average hard-hit rate this season is nearly three percentage points higher than that.

I don’t know how the rest of Chatwood’s season will play out, but maybe he can be a useful reliever and capable fill-in starter. That may not be what the Cubs had in mind when they signed him to a three-year deal last season, but it’s definitely not the worst outcome, given the way last year ended. And at a minimum, it sure is fun watching him pitch.

For those wondering what happened to him on the base path last night, here’s how Joe Maddon put it after the game: “He had a little thing with his leg. He felt something in the groin. Normally, he would have scored on the base hit up the middle [by Albert Almora Jr.]. I went over to third base and he said, ‘No, I’m fine, and I can still pitch.'”

Hopefully, whatever he felt, he’s no longer feeling. The Cubs could use a good reliever, and lately, that’s what he’s been.