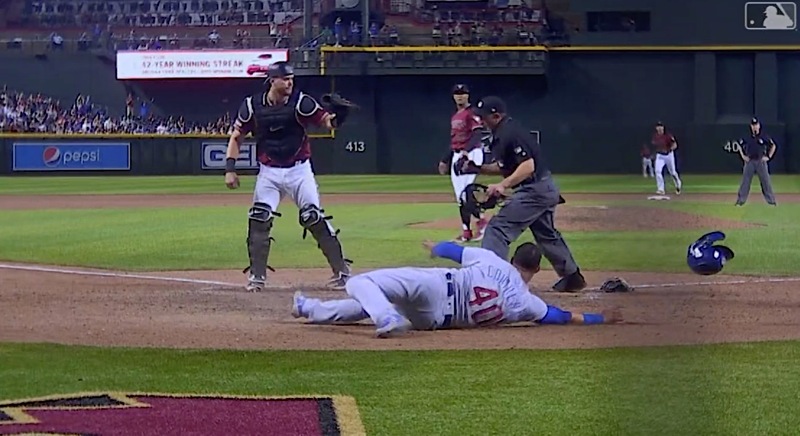 I don’t hate the idea in a long, extra-innings game. Try to catch the other team napping. Batter in a two-strike count. Try a little El Mago of your own.

But when Willson Contreras tried to steal home in the 13th inning last night on a throw back to the pitcher, he really just didn’t have enough of a secondary lead to make it work:

That was a pretty casual caught stealing, though with a split second better break for home, Contreras might have made it. Heck, when you look at the slow replay, he was shockingly close to getting his hand in, given how easily the throw beat him.

I guess for now, you just have to leave the El Mago’ing to Javy Baez: