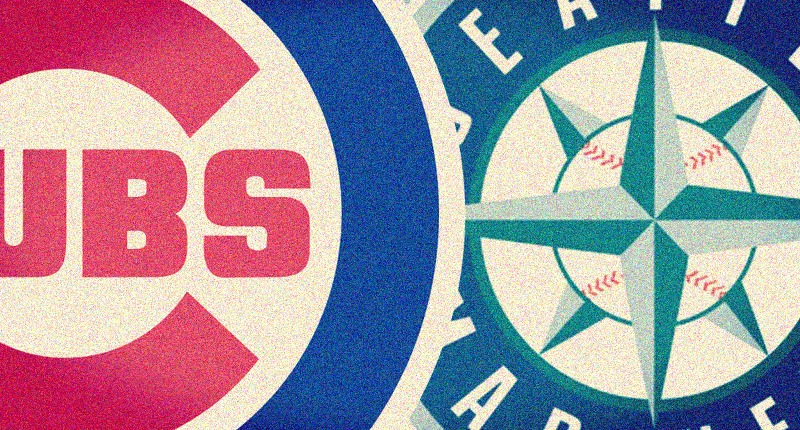 The Cubs setting out for the great northwest, taking on the Seattle Mariners in their home ballpark. The first game, tonight, is going to be an extremely late one (it STARTS at 9:10), marking nearly 48 hours since the last Cubs game ended – and that was a super long one. Tomorrow’s game, mercifully, is much earlier than that.

As for their opponents, the Mariners were surprisingly good early on, but have hit a bit of a wall here lately (as you’ll see in the following section) and their biggest offensive weapon, former Cub Dan Vogelbach, has been appreciably worse, albeit still good, against lefties, with Cole Hamels and Jon Lester scheduled to take the mound.

The Cubs will also have the benefit of the DH, which does suit their roster well. Let’s go.

The Chicago Cubs (14-12) managed to win another series (that’s four in a row) and, with the split against the Angels and series win over the Pirates, that makes it six straight series without a series loss. They’re 7-3 in their past ten and have won two in a row.

The Seattle Mariners (18-13) got off to a hot start, no doubt, but just split a four-game series with the Texas Rangers after being swept in two by the Padres and losing the finale against the Angels. Add that to the back-to-back sweeps by Cleveland and Houston, and they’ve won just 5 times in their last 16 games.

Cubs Pitcher: Cole Hamels walked six batters in his last outing, after going three straight starts without a free pass. He’s allowed only nine walks on the year, but let’s hope he tightens that command up right away. The Mariners are one of the most patient teams in all of baseball (10.4% walk rate, 5th in MLB, tops in the AL).

Cubs Player: Jason Heyward has me just on the edge of starting to be a little worried. I’m obviously cherry-picking here, but given everything we know about his last three years, I’m not thrilled to see a 48.7% ground ball rate and 25.6% hard-hit rate since April 10th (~60 PAs). Before that, his ground ball rate was just 42.9% and his hard-hit rate was 39.3%, and that’s what drove his good results. If he doesn’t start elevating and hitting the ball hard soon, these few weeks will be nothing but a fond memory.

Mariners Pitcher: Marco Gonzales has been having himself one hell of a season (2.80 ERA, 3.08 FIP through seven starts), and he’s coming off a really great start against the Rangers: 7.0 IP, 6H, 0ER, 0BBs, 9Ks.

Mariners Player: (and former Cub) Dan Vogelbach has been one of the hottest hitting players in baseball this season, with a .310/.457/.732 slash line and a ridiculous 20.7% walk rate. We always knew he could be this guy at the plate, and it looks like – for now – he’s reached his ceiling. Fortunately, the Cubs are throwing two lefties at Vogs this week – Cole Hamels and Jon Lester – and they tend to make him appear far more human … well, sorta: .125/.364/.500. That’s one strange slash line.