Paul DeJong Has Probably Been Better Than Javy Baez So Far This Year, But Come On, Cardinals Skip to content 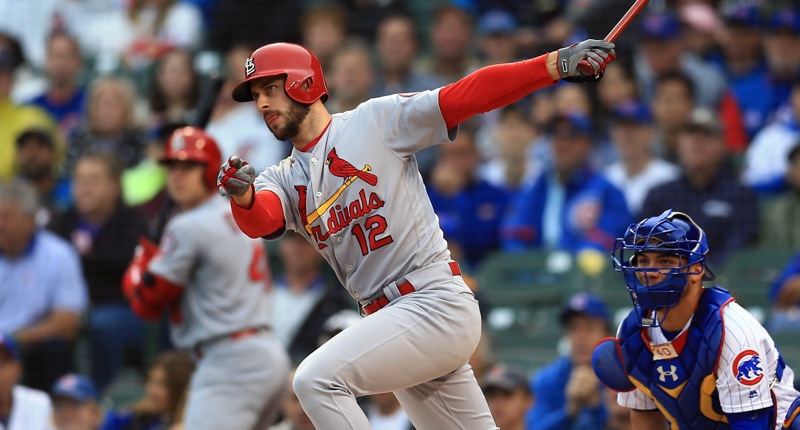 So, the Cardinals took a little swing on Twitter yesterday, the spirit of which I don’t blame them for:

Paul DeJong, 25, is really having an impressive year, and it’ll alarm you to hear that there’s not a ton of flukiness in his numbers. Yeah, the .391 BABIP is going to come way down, but he is also hitting the crap out of the ball (47.8% hard hit rate, 30.4% groundball rate), so he’s likely earned at least SOME of that elevated BABIP.

But I do think we need to give the Cardinals the side eye for one thing: dropping the “qualified” in there is a pretty cheap way to exclude a certain Chicago Cubs player who has seen time at just one position this year: shortstop.

That’s right, because of the weird way a player is classified for that “qualified” label, Javy Baez isn’t yet considered a “shortstop.” But you have to be intentionally obtuse – or trolling – to call him anything but a shortstop when the very thing you’re considering is performance THIS year. It’s literally the only position he’s played this year.

There’s plenty of case to be made that, so far this year, DeJong has been the top shortstop in the NL. No need to play with the numbers or the labels to make it so.

But, still, Javy is El Mago and nobody calls DeJong El Mago or El Jongo or anything of the sort. Ipso facto, Javy wins.